Life in Baltimore: Weaving the stories of women’s lives 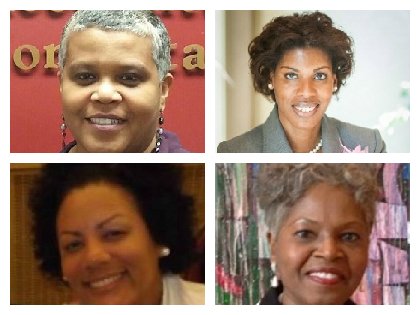 BALTIMORE — “Weaving the Stories of Women’s Lives” is the 2015 Theme of National Women’s History Month which is quite an appropriate theme for this group of women who are being honored. The stories of women’s lives and their choices encourages girls and young women to think bigger and bolder. Knowing women’s achievements challenge stereotypes and upends social assumptions about who women are and what women can accomplish today. Though women are in key positions in politics, CEO’s of companies, and leaders in the communities, there are still many issues to be addressed which affect the daily lives of girls and young women. It is imperative that women continue to strive for excellence and share their stories with others.

These ladies, all of whom graduated from schools in Baltimore, then graduated universities, and chose careers which led them back to their hometown. They are business owners, entrepreneurs, educators, attorneys, mothers and volunteers in the Baltimore community.

Pamela King-Smith and Kara King-Bess, both Certified Public Accountants, are the daughters of the late Benjamin L. King and Gloria W. King. Upon passing the Certified Public Accountant exam in 1957, Benjamin L. King opened his CPA firm in Baltimore. He developed his practice using contacts from his fraternity, Kappa Alpha Psi, and by networking with other African American businesses. In 1958 he partnered with Arthur Reynolds, the second African American to pass the exam in Maryland, and the firm became King, Reynolds & Co. Over the years the name has changed with various partners and is now known as King, King & Associates, PA. with siblings Pamela King Smith, Kara King Bess and Anthony G. King as owners. 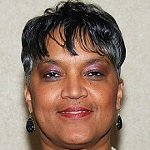 Pamela King Smith graduated from Western High School, Virginia State University, with a BS in accounting and a MS in Taxation, University of Baltimore. Pamela states, “I followed in my father’s footsteps and chose a career in accounting. He was the first African American in the State of Maryland to pass the CPA exam. He was an entrepreneur and I gained valuable experience working alongside him over the years. I liked the idea of working in a family business and being able to help others achieve their business goals.” She is a member of the National Association of Black Accountants, the American Institute of Certified Public Accountants, the Maryland Association of Certified Public Accountants and Rho Xi Omega Chapter of Alpha Kappa Alpha Sorority, Inc.

Kara King Bess graduated from Western High School, Virginia State University, with a BS in accounting and a MBA from Columbia University. She too, wanted a career in the family business. She is a member of the National Association of Black Accountants and Rho Xi Omega Chapter of Alpha Kappa Alpha Sorority, Inc. In addition, she is on the Board of Directors of the Greater Baltimore Medical Center and AAA Mid-Atlantic.