The value of a government-owned postal service 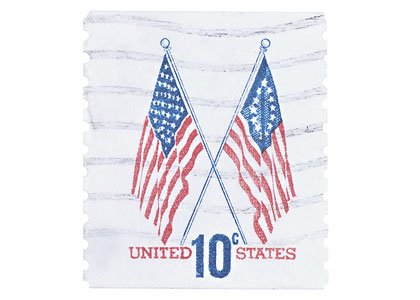 (NNPA) — I remember reading a piece by a right-wing think-tank in 1990 calling for the privatization of the postal service. Their argument was fairly simple: it would allegedly save money. Although there were many refutations of this sick argument at that time— and since— the argument continues to be raised. And, as with any disease, if you do not stop it in its tracks, it continues to grow.

The United States Postal Service (USPS) has been under constant assault. Despite the suggestions that it is financially broke, the reality is that it is making money and at no cost to the taxpayer. What happened, however, was that Congress mandated that the postal service pre-fund their retirement for 75 years. No organization is ever asked to do this, but in demanding that the postal service make this commitment, Congress was putting a financial albatross around the neck of the postal service. And that ‘albatross’ also became a means to make demands that the USPS restructure itself.

We need a fully public postal service. For one it is mandated by the U.S. Constitution, a fact that many people do not realize. Second, a public postal service means that everyone within the U.S. is subject to the same rate. A first class stamp will get your letter from D.C. to New York, but it will also get that letter to rural Michigan at no additional cost. Should the postal service be privatized, you can be guaranteed that that would change since the economics of the “market” would intervene making postal delivery to isolated and relatively isolated areas far more costly than mail between major metropolitan areas.

Efforts to privatize the postal service are taking subtle and not-so-subtle forms. As we can see from other experiments in privatization, in order to prepare the public for privatization it is important to discredit the public delivery of a specific service. This is most often done by financially strangling the institution, whether it is sanitation, water, education, or, in this case, the postal service. So, in the case of the postal service we have witnessed the reduction in the workforce; the shortening of hours in post offices; the shuttering and threat to shutter mail processing, facilities; and the threat to reduce the number of days for mail delivery. The result of all such actions is the demoralization of the customer base and an opening to convince them that privatization is the path of deliverance.

While it is true that first class mail is and has been declining, packages, catalogues, etc., have become a very significant component of the mail stream. Yes, you can order almost anything on line, but the products have to be delivered by someone and that usually comes down to the U.S. Postal Service, United Parcel Service or FedEx. In a December 2014 study conducted by Consumer Reports, the USPS either tied for top rating (with UPS and FedEx) or was at the top by itself in terms of overall satisfaction and approval for its performance. Therefore, contrary to the myths that have been propagated, the postal service is both efficient and competent.

We need to protect the U.S. Postal Service and our right to a public postal system. Once it is lost to the private sector, all bets are off in terms of what we will be handed in return.

Bill Fletcher, Jr. is the host of The Global African on Telesur-English. He is a racial justice, labor and global justice writer and activist. Follow him on Twitter, Facebook and at www.billfletcherjr.com.