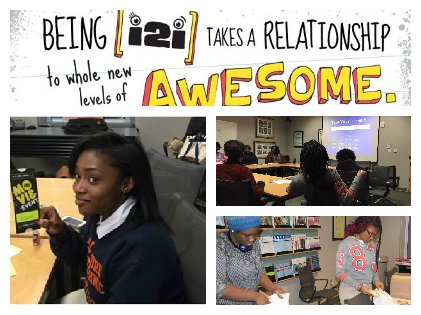 On a brisk night in February there is a lot of noise coming from a fourth floor conference room at the Johns Hopkins Center for Adolescent Health in East Baltimore. The raucous sound rises and falls blending in with a recording of the Jeopardy theme song as eight Baltimore City teenagers play "Teen Years Jeopardy," a game designed by instructors to test their knowledge of healthy relationships.

A $400 question, "What type of behavior could be considered abusive?" has ignited an intense debate among the seven girls and one boy in the group.

Some students say answer C, “Your partner takes a nap while you're talking about something important,” is emotionally abusive. Experts say this is not considered abuse, but the teens disagree, which leads to a discussion about healthy communication.

Hopkins assistant Professor Teri Williams Powell uses the exercise as a learning opportunity. “It is absolutely disrespectful. Is it abusive? I don't think so.” She said. “Not all situations of dating violence are as clear cut as we would like them to be. Keep this in mind as we're talking to young people that we should really listen to what people are saying."

The project serves twelve middle schools in the city neighborhoods of Upton; Westport; Curtis Bay; Franklin Square; Milton Montford; Cherry Hill; Sandtown-Winchester; and Middle East. The program focuses on giving sixth to eighth graders the skills to stop dating violence before it begins through a multi-pronged curriculum including teachers, parents and peers.

Preliminary numbers gathered by the health department indicate that 70 percent of Baltimore's middle school students who said they were in a relationship also said they had been victims of dating violence. Baltimore City Health Commissioner Dr. Leana Wen says despite the shockingly high numbers, dating violence is a preventable public health issue that begins with education.

"We know that young people who experience teen dating violence have a higher instance of psychological issues later; they’re at higher risk for suicide and also at higher risk for risky sexual behavior and drug and alcohol abuse. So, stopping this issue before it starts and really educating teens about the problem is something we believe is a public health need. Outreach is important," said Dr. Wen.

The teens gathered in the conference room at the Hopkins Center for Adolescent Health are part of that outreach. As the communications arm for the Dating Matters Program called i2i, they undergo training before they visit middle schools to spread the word about healthy relationships and warning signs of dating violence. They organize activities including pep rallies, movie nights and whatever it takes to get through to the 11-14 year-olds they are trying to reach. Social media is also a big part of their strategy with daily posts to Twitter and Facebook about relationships.