Kendrick Lamar's 'To Pimp a Butterfly' and other surprise albums 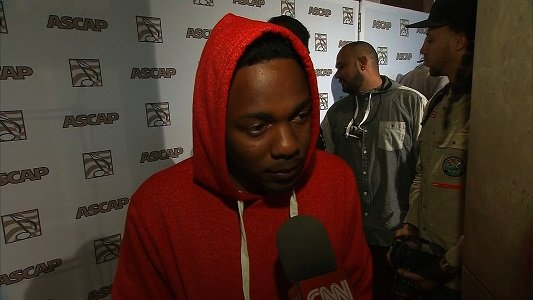 Ever since the superstar songstress released her surprise self-titled album in December 2013, it seems like dropping music with little to no fanfare has become a thing.

The latest artist to do so is rapper Kendrick Lamar, whose eagerly awaited sophomore album was set for release March 23. Instead, "To Pimp a Butterfly" was made available on iTunes and Spotify early Monday.

Lamar, who has been hailed as the savior of hip-hop, got a major shout-out from fellow artist Taylor Swift.

Among the other artists who've surprised fans:

The rapper thrilled fans in February when he snuck out "If You're Reading This, It's Too Late." Like Beyonce, he clued fans in via an Instagram post.

The 17-track project was billed as a mixtape. The rapper also released a short film titled "Jungle."

The shock in the band's album "Songs of Innocence" was not only that it was released but that iTunes subscribers had no choice but to get it.

Apple made the album part of an automatic download in October as part of the iPhone 6 announcement.

U2 frontman Bono later apologized, and Apple distributed info to customers on how they could delete the album after some complained that the automatic download was invasive.

In 2013, the legendary rocker unexpectedly released "The Next Day." It was his first new project in a decade, and fans were thrilled, as the famously private Bowie had been off the grid for a while.

The Australian trio received much less attention than some others when they dropped "New Crown" in March 2014 with no promotion or marketing.

The rapper's "Satellite Flight: The Journey to Mother Moon" arrived online in March 2014 and led Billboard to ask, "Is the Beyonce approach working for other 'surprise' albums?"

"I wonder when this is done frequently, does the surprise factor wane?" one executive told Billboard. "If there are a lot of releases promoted this way, it will become less impactful. If mid-level and lower-level artists pile in, will the surprise get applied to the point where the public doesn't care anymore?"