Light Up Twitter! Toyota And REVOLT Create a convergence of new Technology, Art, And Music during the world's leading music industry festival 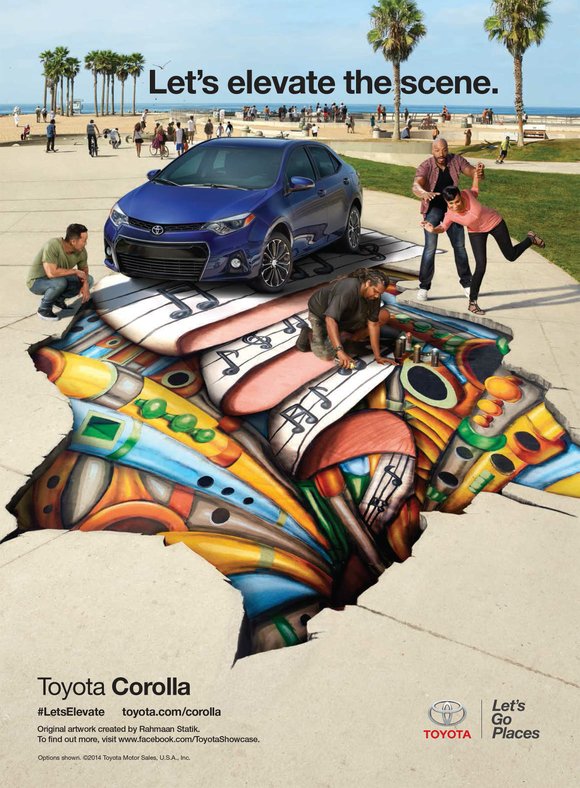 TORRANCE, Calif — Ready, Aim, Tweet! Toyota and REVOLT have teamed up to drive world-class technology with the 'Make Your Mark' contemporary art installation during the world's leading music festival in Austin, Texas. This one-of-a-kind installation will feature a glass-encased 2015 Toyota Corolla—the world's best-selling nameplate of all-time—and a canvas backdrop. Here's the twist: Instead of using paintbrushes, the artwork will be created using Twitter-generated paintballs.

Fans will enjoy art, music and entertainment live and across social media during the REVOLT House Party presented by Toyota, taking place Friday, March 20 and Saturday, March 21 at Banger's, located at 79 Rainey Street in Austin's Historic Rainey Street District. The 'Make Your Mark' installation will be set up in Banger's backyard from 12:00 p.m. to 9:00 p.m. CST during the two-day takeover.

Music festivalgoers and Twitter users across the globe can make their mark, contributing to this unique piece of contemporary art by tweeting using the #MakeYourMark hashtag. Each tweet will activate one of six robotically controlled paintball markers inside the glass display case to shoot the white canvas behind the car, painting a colorful, continually evolving backdrop to frame the vehicle. Approximately 4,500 algorithmically programmed paintballs will be used to produce one final piece of art. Four original works of art will be created during the two-day live art installation.

In addition to the Make Your Mark art installation, festivalgoers can enjoy the innovative Toyota light writing photo booth where they can also make their mark with finger lights. Each photo booth image will automatically send a tweet with the #makeyourmark hashtag acting as a trigger for the paintball guns in the art installation.

DJ sets on the outdoor stage

Twitter users, follow @ToyotaShowcase and watch in real time as the art comes to life via live stream at http://revolt.tv/makeyourmark.