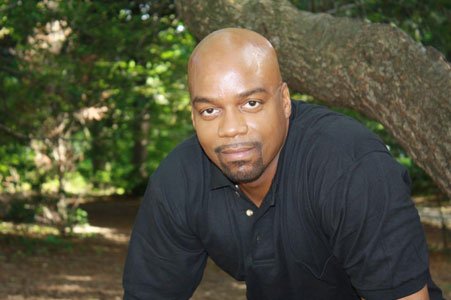 Actor/director Shiek Mahmud-Bey hopes his new television series, “The Inner Circle,” will be a winner. Mahmud-Bey created, wrote, directed, produced, as well as stars in the psychological drama. (Courtesy Photo)

Shiek Mahmud-Bey could be a true Hollywood story that could eventually turn up in an episode of “Unsung” on BET. Not because he has ever been in over his head or has been on Skid Row and his career has fizzled— not by any stretch!

Fans and critics alike may recall “Night Falls on Manhattan,” a 1996 film loosely based on the infamous Bronx shootout between suspected drug dealer Larry Davis and New York police. The film featured Mahmud-Bey at his best, even outshining other seasoned actors including Andy Garcia, James Gandolfini and Richard Dreyfus.

The Brooklyn born actor who was raised in Queens Village by his father, an Army Sergeant Major, and his mother, a beauty salon owner, even managed to upstage Denzel Washington’s big screen performance of boxer Rubin Hurricane Carter with a brilliant off-Broadway depiction of the boxer in, “The Way Out.”

“He may not be a household name, but he’s one of Hollywood’s most talented actors,” wrote a reviewer in Playbill.

Now, Mahmud-Bey, a former New York Golden Gloves finalist and NYU student who has worked with Robert DeNiro, Joaquin Phoenix, Nicholas Cage, Joe Mantegna and many other A-list actors and who once held a leading role in the former NBC detective drama, “The Profiler,” is tackling a new challenge.

He has created, written, directed, produced and stars in the television psychological drama, “The Inner Circle.”

“Right now, I’m trying to reinvent myself as someone who creates a film, directs it, produces it and acts in it,” he said. “For me, my work as an artist is to build understanding and compassion because with understanding comes compassion.”

The hour-long drama, which is being shopped to HBO, Netflix and others, is a true and gritty look at how substance abuse reaches across ethnicity, class, gender and age groups.

Set in hardscrabble Detroit, the series takes a fresh new perspective of how the abuse of drugs and alcohol is costly for our society and, left untreated, places a burden on the workplace, healthcare system, and many communities.

“The Inner Circle” depicts the suffering of patients and their loved ones and Mahmud-Bey said each episode brings audiences deeper into each of the member’s lives and closer to understanding their pain as well as the circumstances that led them to rock bottom.

While the drama symbolizes the patients in the group, it also represents the inner circle of deep, debilitating pain that addicts cover up with layers of denial, lies, and self-loathing.

The resulting compulsive behaviors, which the members sometimes can no longer control, lead them to rehab, some by choice, some by family interventions and some by court order.

“Many people assume that drug abusers lack moral principles or will-power and that they could stop using drugs if they wanted to,” said Mahmud-Bey, who plays Dr. Benjamin Taylor, a seemingly calm and in control therapist with the quiet confidence of a self-made man and the swagger of someone who has achieved his goals.

Dr. Taylor operates a drug rehab facility that will eventually come to house a superstar shortstop, ostensibly from the New York Yankees, an A-list Hollywood actress and others. But, as Dr. Taylor seeks to help his “Inner Circle” of clients, there’s a more personal battle on the home front with his 18-year-old daughter and her divisive grandmother.