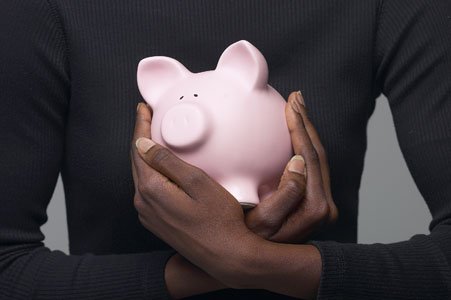 (NNPA) — Writing has been a catharsis for me since my “angry days” in the late 1960’s and early 1970’s. I used to write “Last Poets” kind of stuff and just put it away afterwards. Writing was a release to lower the pressure in my mind about the state of our people. It’s much the same for me today, after nearly 23 years of writing Blackonomics. The larger context of my writing this column has evolved into a desire to inform, to educate, and to move our people to progressive economic action. I share ways and means through which we can achieve true freedom— economic freedom— in this nation.

I don’t write to impress, I write to express. That is to say, I do not intentionally use $50 words; rather, I make every effort to assure that my readers understand and will be moved to act on the information I share. It seems my frustration from the 1960’s and 1970’s has reared its ugly head in the 21st century.

What bothers me most is our view of politics and those who constantly force-feed us their political rhetoric and their “politics-only” solutions to our problems. Instead of espousing economic solutions, they keep telling the young people to vote and “maach.” Marching is fine but without an end game, or if it’s done just for grandstanding and setting up VIP sections by the Marcher-in-Chief, Al Sharpton, what do we get from it except worn out shoes? We must go from politics to “Power-tics.”

Economic and political leverage cause benefits to accrue to those who know how to play the game. Black folks, so emotionally invested in politics-only strategies, will never get what we say we want and need from politicians. They are too busy meeting the demands of the corporate moguls and their lobbyists, who know all too well how to play “Power-tics.”

The frustration and anger I feel when I see the continuous daily parade of Facebook videos showing someone getting beat down, tasered, kicked, or killed by

police officers is overwhelming. The difference lies in whether we will continue to accept symbolism over substance when it comes to politics, and whether we are willing to use our economic leverage to solve our problems.

Sharpton vowed to come back to the nation’s capital “over and over again” until legislative action is taken so there is “justice for all.” Will someone tell me when “legislative action” will occur?; what it will look like?; and how it will occur? Without practical economic leverage, black folks will never have the political redress for which we march. Justice for all, is that a dog-whistle to let certain folks know that Sharpton is not really serious about justice for black people? These nebulous and tepid gestures in an effort to demonstrate the seriousness of our situation are insulting and patronizing.

Our young people are the ones fighting for justice; many of our older folks are just talking about it. That’s why many young people turned their backs on Eric Holder, stormed the stage during the March for Justice to speak, despite being told that they had no “V.I.P” passes and walked away when Al Sharpton started to speak.

Do our young people know something we don’t know? Are they willing to fight where we are not? I believe they do and I believe they are. They know it will take “Power-tics,” not politics, to make the changes they want to see.

The folks I am working with have an end game, a plan, and a solution. Contact me, I’ll share it with you.

James Clingman, founder of the Greater Cincinnati African American Chamber of Commerce, is the nation’s most prolific writer on economic empowerment for black people. He can be reached through his website: www.blackonomics.com.