The ‘Greatest Show on Earth’ arrives in Baltimore 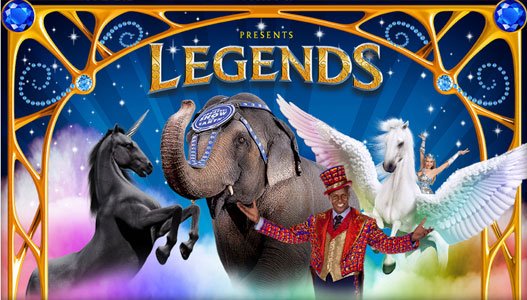 BALTIMORE — The circus is coming to town— the “Greatest Show on Earth” hits the Royal Farms Arena beginning on Wednesday, March 25, 2015.

There will be a noticeable absence from the latest installment of the famed Ringling Bros. and Barnum and Bailey Circus. How can you not notice when the big elephant isn’t in the room?

As first reported by ABC News last month, the 145-year-old circus will be without Asian elephants, though the circus owners, the Feld Family of Feld Entertainment Inc., say it will feature other extraordinary animal performers, including lions, tigers, horses, llamas, goats, dogs and camels.

“This is the most significant change we have made since we founded the Ringling Bros. Center for Elephant Conservation in 1995,” Kenneth Feld, chairman and CEO of Feld Entertainment, said in a statement. “When we did so, we knew we would play a critical role in saving the endangered Asian elephant for future generations, given how few Asian elephants are left in the wild.”

ABC News says the company recognized that the omission of elephants is an unprecedented change in the show’s history. However, fans have remained excited about the “Legends” installment of the circus where officials have promised they will experience unimaginable family fun, as performers from around the world attempt awe-inspiring feats of daring, spectacles of strength and thrills of wonder to summon the mythical and mysterious creatures of the past like a unicorn, a Pegasus and a “Woolly Mammoth.”

“It’s should be a great, great show,” a company spokesperson said, perhaps an attempt to stem some of the disappointment of Baltimore area fans who may have been looking forward to seeing the famous elephants.

Fans will again see Johnathan Lee Iverson, the youngest and the first African-American ringmaster in the circus’ history, doing what he does best. The former Boys Choir of Harlem lead tenor and once one of Barbara Walters’ 10 Most Fascinating People, who once played for legends like Lena Horne, will again don the iconic top hat and lead the show.

While the absence of the Asian elephants may be a sore spot and although they say that they are not pleased with the decision to remove them, officials at the Circus Fans Association of America still expect the event to be loaded with family fun.

“We can expect that this great American enterprise will continue in perhaps bold new ways while continuing to address the very real concern for the survival of elephants and all endangered species,” said Gary Payne, the national president of the Circus Fans Association of America.

Tickets can be purchased at www.ticketmaster.com.