What does the Ravens signing Kendrick Lewis mean for Matt Elam? 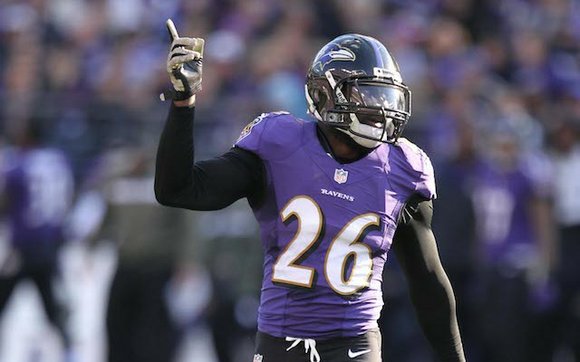 "Ravens safeties Will Hill #33 and Matt Elam #26 celebrate after an interception during a game against the Bengals in Cincinnati last season." baltioreravens.com

BALTIMORE — The Baltimore Ravens made a move earlier this week that could be a sign that they are not pleased with third year safety Matt Elam. Kendrick Lewis was brought in via free agency to compete for the starting safety spot alongside of Will Hill. Elam was a first round draft pick two years ago and just completed a disappointing season.

General Manager Ozzie Newsome was very direct when he spoke about Elam during the Ravens state of the team news conference. "Matt Elam has to be a better football player for us next year," Newsome said last month. "He has to be." 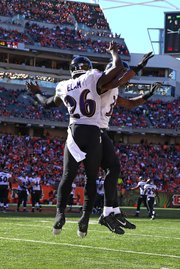 "Ravens safety Matt Elam gesturing to a teammate in between plays during a game last season."

The competition for the starting strong safety spot will be fierce. Lewis chose to come to the Ravens because he has intentions of being a playmaker in the defense. Elam will need to have a stellar training camp to regain the starting position that he lost midway through last season. He will also have the opportunity to compete for role in the Ravens’ sub packages because of his ability to cover in the slot.

The main issue with Elam last year was his poor tackling. Elam failed to wrap up defenders and often times, receivers ran through his attempt to tackle resulting in gaining extra yards that extended drives. The missed tackles where on display in the divisional playoff game against the New England Patriots. Wide receiver Danny Amendola was able to break free from Elam and get into the end zone.

Elam is well aware of the need to show improvement. He spoke about it as he emptied out his locker after the Ravens returned to Baltimore following the loss to the Patriots. "I just want to improve my game and get better at small things and get consistent for the most part," Elam said at the end of the season. "I feel like I did well. I improved toward the end of the year. I got better at small things. It helped me stay consistent."

Veteran safety Will Hill worked with Elam to get him to push through being benched so early into his career. Hill said that they would work on a variety of things before practice. There was definitely some improvement at the end of the year. This didn’t go unnoticed by the coaching staff. Head coach John Harbaugh said that Elam’s practice production and effort improved.

"His practice production and effort did improve," Harbaugh said. "And he's never done a bad job with that. But I think he was more consistent over the last six or seven weeks than he had been at any time since he'd been here before. He really put a lot of effort into it and did improve as a player because of that."

While signing Kendrick Lewis brings more competition at the safety position, it also brings another player that could help mentor Elam. Lewis and Elam worked out together in Florida in the past. Lewis has already said that he is willing to mentor Elam if that is what the coaching staff needs.

Elam finished the 2014 season with 47 tackles, one forced fumble, a half sack and five pass breakups. He played mostly close to the line of scrimmage but did get to cover slot receivers. Last year had to have been a learning experience for the young safety. It remains to be seen how he will play in the 2015 season for the Ravens.