5 Steps To Becoming A Baller

Living Streetball Legend ‘The Professor’ Says Passion Is A Must 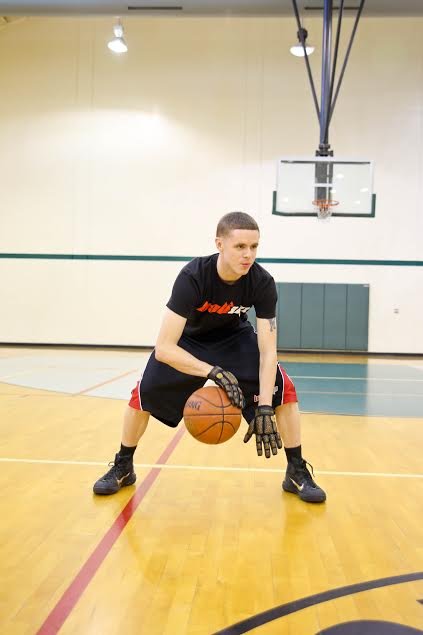 BALTIMORE — There are many would-be athletes in their adolescence, but factors such as size and ability often preempt their efforts.

Today, legendary streetballer Grayson “The Professor” Boucher stands 5’10” tall and weighs in at 150 pounds – not exactly big by today’s basketball standards, even for a point guard. But what he lacks in stature Boucher more than makes up for in dedication, drive and love of the game.

“I was smaller in high school, which meant I really had to prove myself to earn the starting varsity position at point guard,” says Boucher, who won the position and later was given the moniker “The Professor” for his uncanny ability to “school” opponents, whether while playing organized basketball or while playing pickup streetball games.

Many of The Professor’s antics have been cataloged and can be found on YouTube. At the heart of his “lectures” on the court is superhuman ball-handling skills and an ability to control the basketball when opponents least expect it.

“Basketball was always going to be part of my career, but you don’t have to be a professional streetballer to make mastering an athletic skill worthwhile,” he says. “Sports teach young people discipline and confidence, offer a form of expression, and keep kids in shape and out of trouble.”

The Professor offers tips for how to improve a kid’s game.

• Footwork is key. When trying to master certain aspects of the game, especially when it comes to offense, mastering the footwork is key. Once the footwork for a move is understood, it becomes easier to practice and emulate the move. Things to help understand great footwork are watching great players play with a close eye, taking note of how they execute moves with their feet and watching footwork in slow motion on TiVo or a smartphone.

• Get used to staying low. In basketball you want to protect the ball. Tall players are taught to keep the ball high and out of reach for smaller pickpocket defenders. If you stay low when making your move to the basket, this will maximize explosion and quickness, but it also makes stealing the ball much more difficult against defenders. Also, some of the best moves are made below the knees.

• Power your hands; check out POWERHANDZ (POWERHANDZ.com). Some of the best players spent a considerable amount of time, as kids, concocting gear to help with one’s game, usually with mixed results.

“I absolutely could've benefited by training with the POWERHANDZ gloves and slick wrap growing up,” he says. “Both actually make it more difficult to handle the ball, which ultimately yields better ball-handling skills. You adapt to the lack of friction, which decreases dexterity and ultimately improves your technique.”

• Train at the speed of the game. Don’t get stuck in practice. Your muscles won't be ready to take on full speed motions come game time if you don’t match your training with the actual speed of the game. Here, you may also want to combine other training techniques: stay low, get comfortable dribbling the ball while stationary (which your coach may not like during an actual game) and add the challenge of reduced friction with gloves and a slick wrap over the ball.

• Student of the game. Being a constant learner is key to becoming a great ball player. Always realizing that no matter what level you’re at there's always something new to learn to become a better player. Look at Michael Jordan – a guy considered by many the best to ever play the game. He was still making massive strides in his skill set offensively and defensively into the mid 90s as his career was winding down. Same can be said of many of the NBA greats. That goes to show no matter what level you're at or where you rank among your teammates and pears there is always new things to be learned in order to improve your game.