Learning from Angelina Jolie's genetic testing for our own health

Don't go to your family doctor. Go to a genetic counselor 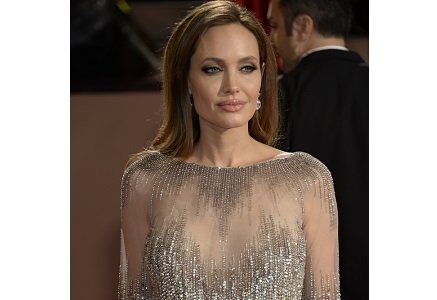 Angelina Jolie on the red carpet at the 86th Academy Awards on Sunday, March 2, 2014 in Los Angeles. (Photo: Wen-Chun Fan/CNN)

continued — The American Cancer Society has guidelines for who should receive genetic testing.

If you need it, genetic testing may not be as expensive as you think

When Jolie published her op-ed Tuesday in the New York Times, some scoffed that being a wealthy woman, she had access to testing that the rest of us might not have.

But that's just not true.

The first step, talking to a genetic counselor, is not terribly expensive. A consultation costs about $150 to $300.

If you can't afford that, genetic counselors will often work with you to bring the price down, according to Joy Larsen Haidley, the president of the National Society of Genetic Counselors.

If you're specifically concerned about breast or ovarian cancer, call a group called FORCE at 1-866-288-7475 and they'll get you on the phone with a genetic counselor for free.

The price for the testing itself has come down recently, especially for breast and ovarian cancer, since two years ago the Supreme Court broke up a monopoly on such testing. Obamacare requires insurance plans that began on or after August 1, 2012, to cover genetic testing when it's recommended by a provider, according to the Susan G. Komen foundation.

Chances are, your testing will come back with something not quite "right."

"Everybody fails a genetic test," Caplan says. "There's always something wrong. You're mortal. You won't pass."

But there's a good chance that the "something wrong" will be inconsequential.

"I've seen people panic because the testing showed instead of having a one in five million chance of getting some disease, they have a one in a million chance. But really, does it matter?" he says.

Again, a genetic counselor can help you interpret your results. If you go to your family doctor, she might be unfamiliar with them and not know what to advice. If you do online testing, you may be on your own.

Think through your responses to testing very carefully

Remember that not all genetic abnormalities are created equal.

"To get surgery in their situation is really overkill," Brawley says.

Even if you do have a serious genetic abnormality, it's not written in stone what you should do.