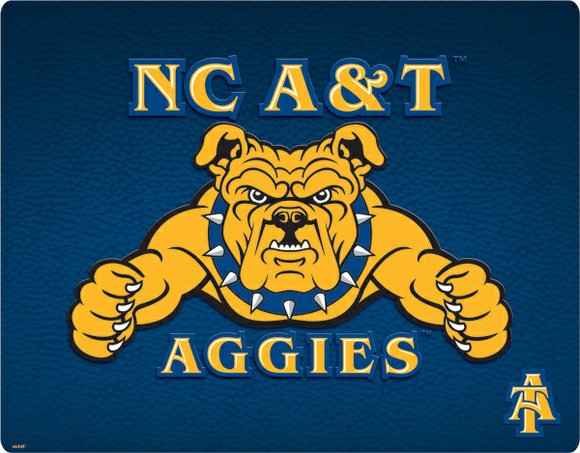 Greensboro,NC — On the day the North Carolina A&T men’s track and field team does get over the hump and win the conference championship, they will appreciate that much more.

The Bethune-Cookman Wildcats, the same team the Aggies lost to in February, posted 139 points to win the title while the Aggies took the second-place trophy again by scoring 138 points. The A&T women finished fifth with 75 points.

The final event of the evening was the men’s 1600 meter relay. The Aggies need to finish third for the win but instead came up short by finishing fourth. They were still able to run their fastest time of the season, 3:11.69, but the five points freshmen Dajuan Harding, senior Keenan Smith, sophomore Caleb Gabriel and freshman Corey Aiken was not enough to take the title.

“I’m very proud of our men’s program,” said Duane Ross, director of track and field programs. “Those guys came in and fought. Bethune-Cookman is a very good team. I think the MEAC as a whole is getting more and more competitive.”

Despite the loss, the Aggies finished with five first-place finishes on the final day of the championships. The men’s 400 meter relay team of sophomores Maurice Eaddy, Frank Quarles, Gabriel and senior Marquis Noble ran their fastest time of the season, a 39.38, to win gold. Gabriel was not finished winning gold. The up and coming standout sprinter continued the Aggies dominance in the 100 meters as he finished first with a personal-record 10.29.

An Aggie has won the MEAC 100 five out of the last eight years. Two other Aggies will compete with him for 100 supremacy over the next few years as Eaddy finished fourth with a personal-best 10.34 and Quarles had a sixth-place finish in 10.45. Gabriel claimed a few more points for the Aggies as he finished second with a personal best in the 200 (21.16) behind Hampton’s Chidi Okezie (20.92). Smith ran a personal-record 21.42 to finish fifth.

Smith, however, was not able to complete the three-peat in the men’s triple jump. He ended his last MEAC championship with a second-place finish with a leap of 50-feet, 3 ½ inches.

The female winners included freshman Morgan Knight. She started the day with a first-place finish in the women’s pole vault with a jump of 11-feet, 5 ¼ inches, a new personal record. Knight collected another 10 points when she won the women’s 100 meter hurdles with a personal record time of 13.59. The women’s 400 meter relay team of freshmen India Brown, Reneazia Collins, Qizeah Jackson and senior Latrese Barker ran 45. 21 to give the Aggies the sweep (men and women) in the 4x1.