Justice not delayed in Baltimore 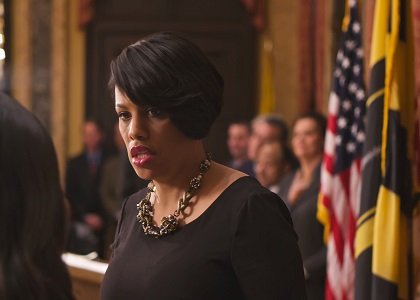 WASHINGTON (NNPA) — Three extremely qualified African American women are at the forefront of making certain that Freddie Gray’s death at the hands of police in Baltimore will not go unpunished.

Loretta Lynch began her first day as U.S. attorney general by focusing her attention on Baltimore and offering the assistance of her department. Within hours of receiving a report from the medical examiner that Gray’s death had been ruled a homicide, state attorney Marilyn J. Mosby promptly announced the filing of charges against six Baltimore cops in connection with Freddie Gray’s death. A couple of hours later, Mayor Stephanie Rawlings-Blake followed up with a strong warning to rogue cops that her administration would not tolerate racism.

Mosby summed it up this way: “If, with the nation watching, three black women at three different levels can’t get justice and healing for this community, you tell me where we’re going to get it in our country.”

One legal maximum holds that justice delayed is justice denied. If that’s the case, early indications are that there will be no delay in justice in Baltimore in connection with the death of Freddie Gray, who was arrested and placed in a police van without a seat belt on April 12. He fell into a coma en route and died a week later as a result of injuries to his spinal cord.

Mosby, a descendant of five generations of police officers, surprised the public last Friday by how quickly she filed charges against six police officers.

At the news conference, she said: “To those that are angry, hurt or have their own experiences of injustice at the hands of police officers I urge you to channel that energy peacefully as we prosecute this case I have heard your calls for ‘No justice, no peace,’ however your peace is sincerely needed as I work to deliver justice on behalf of Freddie Gray.”

Mosby is a graduate of Tuskegee University, a historically Black institution in Alabama. At 35 years old, she is believed to be the youngest chief prosecutor in the nation. And she clearly aligned herself with the young people who had protested Gray’s death.

“….to the youth of the city. I will seek justice on your behalf. This is a moment. This is your moment. Let’s insure we have peaceful and productive rallies that will develop structural and systemic changes for generations to come. You’re at the forefront of this cause and as young people, our time is now.”

In a statement to the media that lasted less than two minutes, Mayor Stephanie Rawlings-Blake warned: “To those of you who want to engage in brutality, misconduct, racism and corruption, let me be clear: There is no place for you in the Baltimore City Police Department.”

On Friday, President Obama said, “It is absolutely vital that the truth comes out on what happened to Freddie Gray. And it is my practice not to comment on the legal processes involved; that would not be appropriate. But I can tell you that justice needs to be served.”