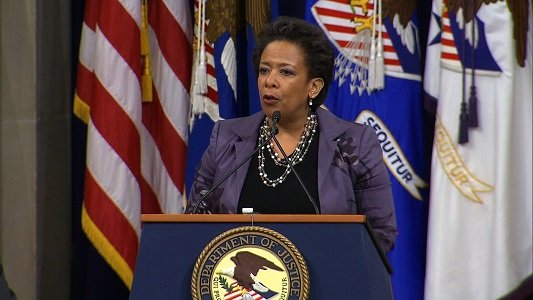 Also going from the Department of Justice are head of the Civil Rights Division Vanita Gupta, Director Ronald Davis of the Office of Community Oriented Policing Services and Director Grande Lum of the Community Relations Service.

Lynch, who was sworn into her position just over a week ago, has been closely monitoring the unrest in Baltimore that followed the death of 25-year-old Freddie Gray, who suffered a fatal injury to his spine while in police custody. As part of her first day on the job, Lynch briefed President Barack Obama on developments.

For his part, Obama spoke about low income and predominantly minority communities on Monday during an event to mark a new phase in his "My Brother's Keeper" initiative.