These foods will make you smarter 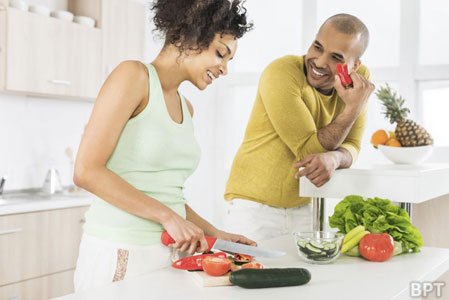 (CNN) — You don't need another degree to boost your brainpower at work. According to one author and neurologist, if you want to work smarter, you have to eat smarter.

"The answer to a sharp brain is in the gut," says Dr. David Perlmutter, whose latest book, "Brain Maker: The Power of Gut Microbes To Heal and Protect Your Brain -- For Life," tackles how a change of diet can seemingly alter brain chemistry.

"Food really affects the function of the brain," he notes.

"Brain Maker" says our digestive system is the key to making our brain work better and making us healthier. Perlmutter surmises that our brains are dependent on the health of the bacteria in our intestine. It's not necessarily a new theory. Greek physician and father of modern medicine Hippocrates famously said, "All disease begins in the gut."

A nation of sick

Perlmutter says he wrote this book to shake people into action.

"I want people to be daunted," he says, noting that in the United States, two-thirds of the population is overweight. He also associates the rise in autism and depression with America's poor diet. He notes that when we eat processed, sugary and fatty food, our guts become dysfunctional and damaged, allowing bad bacteria to multiply.

The gut, he says, is a "second brain," and when it's healthy, he adds, the person is happier.

"When the gut is healthy, you create more serotonin. Approximately 80-90 percent of our serotonin comes from the gut," he notes.

The crux of Perlmutter's latest book says we have two nervous systems -- the central nervous system is made up of the brain and the spinal cord, and the enteric nervous system is linked to our gastrointestinal tract. Both systems are linked through the vagus nerve, which runs from the brain-stem to the abdomen.

Perlmutter explores the connection between intestinal microbes and the brain. He looks at how the microbiome (which outnumber our body cells 10 to 1) develops from birth and evolves based on lifestyle choices, and how it can become "sick".

"The importance of the gut-brain axis is continuing to evolve and is an exciting new area of research," admitted Dr. Melina Jampolis, a physician focusing on nutrition and fitness. "I think in general we are beginning to understand that the health of the gut and the bacteria that colonize the gut (the microbiome) is critical to many aspects of good health, including brain health," she said.

Jampolis recommends an anti-inflammatory, Mediterranean-type diet, which she says addresses both gut health and brain health. The Mediterranean diet, long-heralded for its benefits for the heart, is high in whole grains, nuts, fruits and vegetables, legumes, fish and red wine.

Her healthy brain diet also includes consuming a variety of plant-based polyphenols found in berries, tea and spices like curcumin. In addition, reducing sugar and refined carbohydrates and limiting fried food and processed red meat also plays an important role in both brain and gut health, she added.