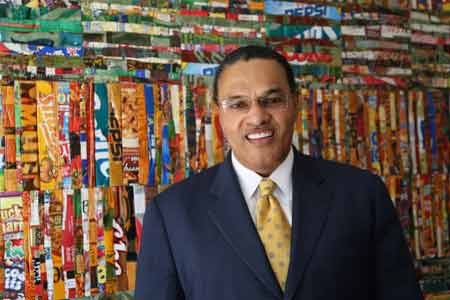 BALTIMORE — Dr. Freeman Hrabowski has been working with inner-city youth in a variety of programs for a number of years and has rarely fallen short in his goal of reaching impressionable young individuals. 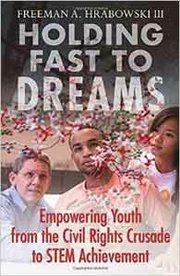 Like so many others, Hrabowski, the president of the University of Maryland Baltimore County (UMBC), watched with great interest the demonstrations and the protests by local residents— particularly the youth— in the aftermath of the death of Freddie Gray.

Because of his work, Hrabowski was perhaps one of the few who could really lend insight into the mindset of those who took to the streets demanding justice.

“We have been working with first-time offenders, nonviolent offenders and primarily African-American males in the UMBC Choice Program,” Hrabowski said of the university’s community-based, family-centered program that offers a case management approach to delinquency prevention and youth development.

The program assists youth and families through multiple services and it seeks to foster resiliency in young individuals by promoting protective factors to help mitigate risk in their daily lives.

“We supervise them seven days a week and I get a chance to spend a lot of time with the children and I’ve had a lot of conversations with the staff,” Habrowski said.

Hrabowski called the protests a fundamental American right and he said peaceful demonstrations should always be encouraged.

“When Americans show their strong belief in need for change, society usually responds. We have to teach not just the children, but college students and others the relationship between people expressing their views, the state of public policy, and the ways that we can bring about change in the overall way of working with families and working within the communities,” he said.

Hrabowski isn’t just talking the talk he is certainly walking the walk.

His new book, “Holding Fast to Dreams: Empowering Youth from the Civil Rights Crusade to STEM Achievement,” hit book stores this week and it details not only the importance of STEM and other education, but also the persistent marches for justice.

The book, which is available on Amazon.com, Barnesandnoble.com, and other bookseller websites and stores, reveals Hrabowski’s five-day stint in a Birmingham, Alabama jail at 12-years-old after being arrested with Dr. Martin Luther King, Jr. He said it was a memorable experience that he’ll forever hold onto.

President of UMBC since 1992, Hrabowski was named to Time Magazine’s 2012 list of the 100 Most Influential People in the World and U.S. News & World Report recognized him as one of America’s best leaders. Hrabowski also was featured in famed director Spike Lee’s documentary, “Four Little Girls,” about the bombing of the Sixteenth Street Baptist Church in Birmingham in 1963.

“The subtitle of the book, ‘Holding Fast to Dreams,’ is especially germane today in that it’s empowering to youth,” Hrabowski said.

“The message that I was taught as a child as I participated in the Children’s March was that we as children have the opportunity to express ourselves,” he said. “If we felt schools were not adequate or that we had hand-me-down books we had the right to express our point of view. That was our fundamental civil right and we can empower the youth today to believe that their actions and their habits and values can shape their destiny and the destiny of our society.”

The actions of demonstrators in the 1960s led to major public policy change, Hrabowski said, adding that, at that time, only 10 percent of Americans held college degrees including a very small amount of blacks.

“Today, up to 80 percent of Americans and 20 percent of blacks have degrees. We have made much progress and it’s important to understand that the more skills one has the greater the change they will be in a safe environment and take care of their families,” he said.

As far as STEM education, which educators in just about every corner are pushing, Hrabowski said while it’s important, so are the arts and humanities.

“The lesson from my book is that we want young people to be curious and willing to work and to solve problems,” he said. “We want them to be able to overcome barriers, to beat the odds and be willing to never give up and have that resilience so if they get knocked down, they will get right back up.”