Prince told youth that fixing the "system" is their responsibility 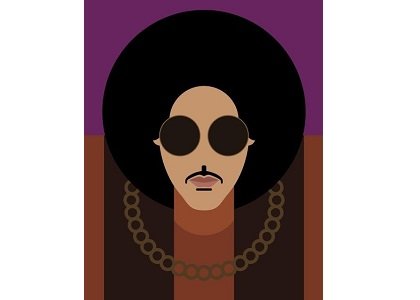 Moved by the unrest in Baltimore, singer-songwriter Prince has recorded a song critical of the killing of young African-American men, a publicist for the artist said Thursday, April 30, 2015. (Photo courtesy/Paisley Park)

(CNN) — Pop star Prince made room for another color next to his signature purple in his Baltimore "Rally4Peace" concert Sunday -- and next to his music for dash of political gestures.

"Wear something gray," his promotional materials asked of patrons -- in remembrance of Freddie Gray, who died from severe spinal injuries after his arrest last month. On the concert poster, an illustration showed Prince wearing it, too.

After protests over Gray's death gave way to riots in the city, the singer-songwriter wrote a song called "Baltimore," dedicated to residents and to Gray, in which he calls for justice and peace.

"The system is broken," he shouted to the crowd at the Royal Farms Area. "It's up to you young folks to fix it."

Prince had announced he would come to town to play live. Audio from the concert was streamed free via the digital live music service TIDAL.

In addition to "Baltimore," Prince played many of his hits, opening with "Let's go Crazy." But he hatched a surprise when he invited Maryland State's Attorney General Marilyn Mosby to join him on stage, the Baltimore Sun reported.

Mosby is heading the prosecution in the Gray case and has lodged charges against six police officers. The officers' attorneys have filed a motion to have Mosby's office taken off the case.

They claim she has a conflict of interests, which she has denied.

Early on, Prince took aim at recent curfews that followed the rioting.

"To those who have lost loved one, we are your servants tonight, we're here for you. They said there wasn't no curfew, so I don't know how this is gonna go," Prince said.

He played several encores into the night.

Cell phones off, on

Injustice has few contemporary foes more formidable than the cell phone camera. And the device took center stage before Prince did -- and got kicked straight off.

A woman told the audience in an announcement to shut them off -- no recording, audio or video.

"What happens on this stage is too big for your technology to capture," she said.

But before the show wrapped up, Prince put the phones back on a pedestal. He told everyone to pull them out and light them up.

The venue's seating areas glowed with a shiny sea of cell phone screens.