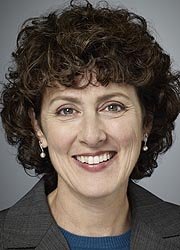 “This new law will help Maryland college students by providing more information to campuses about sexual assault in their own communities. This data will enable higher ed to better tailor services for survivors. It will also require campuses to have formal agreements with law enforcement and sexual assault service organizations ensuring survivors get the best possible help,” said Del. Shelly Hettleman.

“This is about school safety – making our colleges and universities safer,” said Del. Erek L. Barron (D-District 24), a co-sponsor of the bill in the House of Delegates. “With this law, we are showing students, parents and staff that Maryland’s institutions of higher education are doing everything possible to prevent sexual violence on campus.”

The law requires Maryland colleges and universities to conduct biennial surveys of students related both to their experiences with sexual assault as well as knowledge about on-campus and off-campus victims’ services. In addition to providing data to the campuses and the public, the information gleaned from the surveys will be turned over to the legislature and the Governor’s office, where it will be used to further develop policies, programs and training efforts to prevent on-campus sexual violence.

Maryland legislators supported the legislation as institutions of higher learning around the nation are struggling to address the problem in the wake of several incidents of sexual violence on campus nationwide.

The legislation also removes certain barriers to reporting and prevents schools from retaliating against those who report sexual assaults.