Is your nail salon abusing workers? 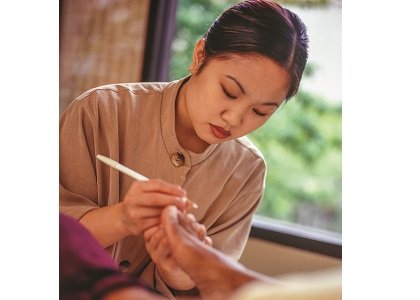 continued — The Wage and Hour Division of the federal Department of Labor, which tracks wage violations, found last year that more than 270,000 workers nationwide were owed $240 million.

No single city or state can individually expect to make serious headway in ending a problem taking place in nearly half the country; what's needed is a federal commitment to enforcing workplace conditions. The Department of Labor's Wage and Hour Division has 200 offices nationwide -- a number that only sounds impressive until you consider the millions of workplaces where violations might take place. (Nationwide, for example, there are 17,000 nail salons.)

This is a case where the simplest and best solution is an old one: labor unions. When workers collectively negotiate wages, hours and other conditions -- and keep a permanent watch for violations -- abuses get caught earlier and are resolved through a process that is faster and less costly than launching a regulatory crackdown or filing lawsuits.

This happens to be an election season, so every candidate for the presidency should put up their best ideas -- whether it's supporting unions, tougher regulation or some other method -- to make sure our workplaces are run with fairness and according to law.

Sweatshops have no place in 21st-century America.

Errol Louis is the host of "Inside City Hall," a nightly political show on NY1, a New York all-news channel. The opinions expressed in this commentary are solely those of the author.