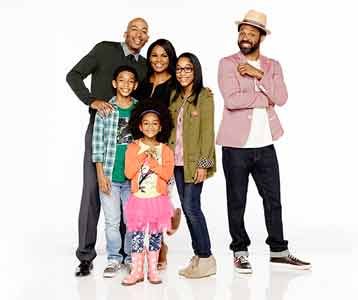 It’s early to be talking Fall TV but this season African-Americans are truly getting the chance to make an impact on what people watch. With the breakout hits “Empire,” “Black-ish,” and the influence of Shonda Rhimes with hugely popular shows like ‘Scandal” and “How To Get Away with Murder” with black women in the lead roles, it is not a surprise to see the networks announcing black shows that will be leading the Fall 2015 lineup.

This has not happened seen since FOX announced their Thursday Night line-up of “Martin,” “Living Single” and “New York Undercover.”

Here is a look at a few shows to look out for:

The Catch (ABC) -- Another Shonda Rhimes show starring Mirelle Enos as a fraud investigator who's about to become a victim of fraud herself.

The Player (NBC) -- Wesley Snipes stars as a security expert in a high-stakes Las Vegas game frequented by shady individuals as he seeks vengeance for the death of his wife.

"Rosewood" (Fox) -- Morris Chestnut stars as Dr. Beaumont Rosewood, Jr., a private pathologist who "finds the secrets in bodies that others usually miss."

Rush Hour (CBS) -- Justin Hires and Jon Foo are the new Chris Tucker and Jackie Chan, respectively, in this reboot of the action-comedy movies about a loud-mouthed LAPD cop and a kung fu fighting police officer from Hong Kong.

Uncle Buck (ABC) -- Mike Epps plays the John Candy character in this all-black reboot of the 1989 John Hughes movie about an irresponsible man who helps take care of his brother and sister-in-law's (Nia Long) kids.