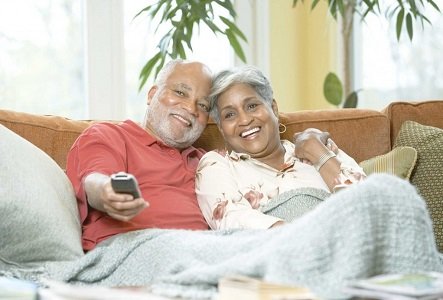 Americans are living longer than ever and are having sex well into their senior years.

(NNPA) — Special to the NNPA from the Louisiana Weekly

The month of May is designated “Older Americans” Month.

This little-known designation is not new. Initially established by President John F. Kennedy in 1963, the month exists to highlight a variety of important is­sues for the United States’ older population.

One such topic is sex. And for older Americans, more and more are enjoying an active love life well into their golden years.

According to Dr. Dudley Danoff, an author and expert in the field of urology, the increase in sexual intercourse in older Americans can be attributed to a number of factors. Top on the list is that more Americans are living longer.

Danoff, who began his practice over 40 years ago, says that initially he saw on average one patient a month who was 100 years of age or older. Now, he says he averages two to three such patients in a week.

However, an increase in older Americans is not the only reason for the spike. In years past, men who lived long lives often had physical obstacles to engaging in intercourse. But with the advent of medications like Viagra, Cialis, Levitra, etc., a greater number of male senior citizens are able to enjoy an active sex life.

Dr. Danoff believes this is a positive trend. Many Americans still believe that sex is something for the young (or at least middle-aged). But Dr. Danoff said that if a person is healthy enough to get out of bed, do some simple exercises, and take a few steps, then he or she can have sex.

There are, of course, challenges and obstacles for older people having sex. It can take a longer time for a man to get an erection and may be more difficult to maintain it. A man may require a longer time in between sexual encounters before being able to achieve orgasm again. Medications can help with these problems.

Part of the issue stems from the testosterone loss that men suffer from after age 40, about one percent per year. Dr. Danoff says men should be cautious in pursuing testosterone supplements, though, because it might increase a patient’s risk for prostate cancer. This is especially pertinent for African-American men, who are already at higher risk for the disease. Patients should consult a urologist before taking supplements.

On the other hand, older age opens up a variety of opportunities in the bedroom, too. Dr. Danoff said the necessity of longer foreplay can be positive. He said many younger patients complain to him that they achieve erection and climax too quickly. This isn’t as much of an issue in old age.

Older Americans often have more time that they can devote to sex. If their children are out of the house, they’re less likely to have interruptions or other obligations when they’re at home. If they’re retired, they have even more time available without a job commitment. But while time is important, Dr. Danoff believes there is another, more important factor.