Policy groups have urged the FDA to define "natural" 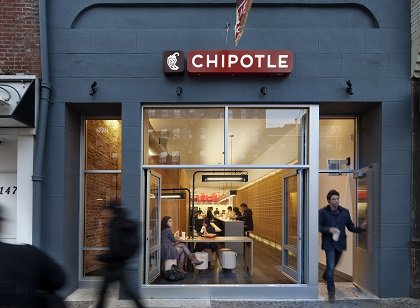 A exterior image of the Chipotle Mexican Grill located in the Chelsea neighborhood of New York City. (Photo courtesy/Chipotle)

The debate over the safety of genetically modified foods came into the spotlight again last month when Chipotle, the popular Mexican food chain, announced it was working to remove ingredients that contain genetically modified organisms, or GMOs, from its menu. The company's website states that these foods do not "align" with its vision to provide the highest-quality ingredients, and it cites concerns in the medical community, as well as among farmers and environmentalists, about genetically engineered crops.

Although the move is unprecedented for a nationwide restaurant, consumers are faced with deciding whether to choose GMO-free versions of common staples each time they go to the grocery store; everything from cereals to soups to sauces. Even foods that could never be genetically engineered to start with, such as salt, are being promoted as GMO-free.

And GMO-free is just one of the latest in a long list of food labels that includes gluten-free and organic items. Often they come at quite a markup, despite a shortage of health studies showing a clear benefit.

Just as concerning is that some of these labels can be slapped on packaging with little regulation by the U.S. Food and Drug Administration. For example, food and beverage companies can label their products "natural" without having to meet a clear definition by the FDA. In the absence of regulations, policy groups and consumer research often step in to tell us more about the safety and consistency of the latest wonder food (or label).

GMO-free labels are so pervasive at grocery stores that it would seem that genetic engineering is going the way of the GMO items at Chipotle. The reality is that the technology is widespread. Nearly all corn and soybeans grown in the United States are genetically modified.

The good news for consumers who are troubled by genetic engineering is that, at least from a human health perspective, they seem safe so far. "From the data that are available, there doesn't seem to be any concern with respect to human health and GMOs," said Alice Lichtenstein, the Stanley N. Gershoff professor of nutrition science and policy at Tufts University.

The FDA has reviewed 96 GMO-free plants, as of 2013, as part of the agency's process to ensure that new products, whether genetically modified or not, are safe. The FDA leaves it up to companies whether they want to feature a "GMO-free" or GMO-containing label. Requirements are, however, starting to happen at the state level. Vermont passed a law last month that will require all genetically modified foods to be labeled starting in July 2016; it will be policed by the state Attorney General's Office.

The U.S. Department of Agriculture announced on Thursday that it is working on a program that would allow food companies to apply to use a "USDA Process Verified" label. Companies would have to pay the department to verify that its product does not contain genetically engineered ingredients.

'Natural,' 'nutritious' and 'wholesome,' whatever they mean