The 6 most scientifically proven methods to help you quit smoking 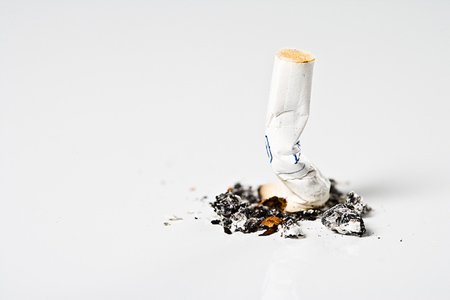 (CNN) — For more than 50 years we've known that smoking can kill you.

It is still the leading cause of preventable death in the U.S. and yet 42.1 million people light up and new smokers start every day.

"Smoking is my best friend," Atlantan Barry Blackwell said. "It's always with me long after friends have left and people have gone, they are always here."

To help people who do want to quit, scientists have looked with great interest into what works. Especially since studies have shown that 90% of those who try to quit, will start smoking again despite their best efforts.

Here are some options that have been scientifically proven to work, at least some of the time.

Financial benefit from quitting, may be your best bet -- literally -- particularly if you risk losing your own money.

A new study that runs this week in the New England Journal of Medicine shows some promising results. Looking at more than 2,500 people enrolled in a CVS Caremark program, the study found people who had a financial incentive to quit had some remarkable success, at least after 12 months of trying.

The most successful program was one in which a person deposited $150 first. The person would get that plus $650 more if they successfully refrained from smoking. People in that program also got advice on quitting, access to a free counseling program and were offered nicotine-replacement therapy like gum or the patch. Of those people, 52.3% quit.

The next biggest group to quit, got an $800 incentive (without having to put down a deposit) and the other resources. Only 17.1% were successful with the larger payout but no potential loss of their own money.

Only the most disciplined among us can quit without any help. Studies show only about 4-7% can do it without any additional help.

If you want to try this method, what works best is to be mentally prepared, the experts say, and really commit to it. Also, get ready for the symptoms of withdrawal.

The folks at Quit Smoking Community.org suggest you drink water when the cravings start. Distract yourself with something else. Maybe go for a walk or go talk to someone. Try breathing deeply and slowly and think it though. It'll be tough, but the feelings will pass.

One other thing that could help is to ask for support. Let your friends and family know that you are trying to quit. They can help keep you honest.

Love can help you through, according to a recent study that ran in the journal JAMA Internal Medicine.

Inhalers, nasal sprays, lozenges, gum and skin patches that deliver nicotine slowly are designed to help smokers get over the initial cravings and symptoms of withdrawal. And they do seem to help.

A scientific literature review that looked at more than 150 different tests of these devices (accounting for more than 50,000 people) showed that the likelihood someone would quit when using them increased by 50-70%. No one method seemed to work better than the other, nor did these devices work any better (or worse) with counseling.

The study does caution that people considered heavier smokers may need to use more product than lighter smokers. Starting to use one of these NRTs shortly before you really make up your mind to quit may make them more effective. People who use NRTs in combination with the antidepressant bupropion also show additional success.

Talk to your doctor if you want to take the prescription route, but there are some drugs that seem to have some success, especially if used with an NRT. In addition to drugs like bupropion, there's something called varenicline, also known by the brand name Chantix. This works by targeting the nicotine receptors in your brain. That means you don't get as much pleasure from smoking and it lowers your feelings of withdrawal. Some studies have shown taking this drug can more than double your chances of quitting compared to taking no drugs at all.

The jury is still out on this method.

In 2014, a study that ran in the British journal the Lancetfound of the 657 people trying to quit over a period of six months, e-cigarettes did help about 7.3% to quit. That was more than the 5.8% of the people in the study who used a patch. What stood out most to the study's authors was that so few the people were successful quitting using any method. They concluded more research is urgently needed.

Another group that presented their research at the American Thoracic Society Conference this month found that while some people did quit using e-cigarettes rather than regular cigarettes, they didn't necessarily quit for good. Looking at more than a thousand people who wanted to quit, the authors found those who had more success quitting in the short term used e-cigarettes, but this effect was no longer observed at three- or six-month followups.

Something to keep in mind

Quitting smoking is considered one of the hardest bad health habits to break. The American Cancer Society cautions, "The truth is that quit smoking programs, like other programs that treat addictions, often have fairly low success rates. But that doesn't mean they're not worthwhile or that you should be discouraged."

If you do quit, it dramatically lowers your chances of getting lung cancer and many other types of cancer. It reduces your risk of heart disease and stroke significantly, and reduces your chances of getting other kind of lung problems. Smoking ages your skin and studies show an increasing number of people say they won't date smokers, so quitting improves your social life too.