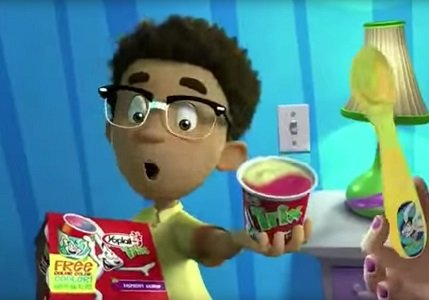 (CNN) — Food companies have been increasing their advertising to children for chips and other junk foods, even as marketing of healthy snacks such as yogurt has not kept pace, according to a report released on Monday.

About 40% of all the food and beverage ads children and teens see on TV are for snacks, and there's a growing amount of snack advertising on social media and mobile phone apps, said researchers at the University of Connecticut's Rudd Center for Food Policy and Obesity.

For the report, which is being presented this week at the annual meeting of the American Public Health Association, researchers compared how many snack ads young people typically saw in 2010 and 2014, and how many promoted products such as chips, cookies and fruit snacks, or healthier options, such as yogurt, fruit and nuts.

Although snacks ads online were much less prevalent than on TV, big food companies placed millions of ads on Facebook and YouTube in 2014.

What companies are selling

Advertising for healthy snacks did not get a big piece of the pie. The majority of snack ads that preschoolers, children and teens saw were for sweet snacks and savory snacks, and only about a quarter of these snacks were considered healthy by the USDA Smart Snacks standards. These standards are based on levels of calories, sodium, fats and sugar in the snack and determine which snacks can be sold in schools.

Meanwhile, from 2010 to 2014, exposure to advertising of yogurt products, nearly all of which are considered healthy based on the USDA Smart Snacks standards, did not change.

"It's hard to translate the number of advertisements to actual consumption, but if you just look at the imbalance (between healthy and unhealthy snacks) it would suggest that advertising is probably not increasing children's fruit and nut consumption," said Jennifer L. Harris, director of marketing initiatives at the University of Connecticut's Rudd Center.