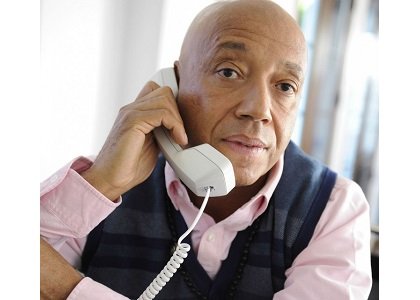 (NNPA) — Russell Simmons hasn’t slept much since news broke in mid-October that users of his RushCard couldn’t access their own money and were locked out of their accounts, due to a computer glitch, leaving some unable to make rent payments, pay utility bills or buy groceries for their families.

“Technology glitches happen, but this was a tsunami,” said Simmons in an exclusive, hour-long interview with the NNPA News Wire.

“We made the transfer of processes four separate times in the past and the next thing you know, I get a text message that we sent to our customers that we were down for two hours,” said Simmons, the iconic business magnate who founded Def Jam Records and the Phat Farm clothing line. “Our call center usually gets about 600 calls and now it’s [getting] 600,000 calls.”

Simmons said that three multi-billion dollar corporations were involved in the process and each has been helpful in resolving the technical issues related to the latest transition.

Simmons credited MasterCard CEO Ajaypal Singh Banga with immediately responding to the problem and helping to fix it.

“He’s the CEO of a $120 billion company and he picked the telephone up on the first ring,” Simmons said, adding that Banga has talked a lot about finding ways to reach underserved communities and others who don’t use traditional banks.

In the aftermath of the outage that wreaked havoc on the lives of thousands of cardholders, RushCard created a multi-million dollar fund to compensate customers who were affected.

Simmons also said that he has heard the criticism about the outage loud and clear and he’s accepted it and now he’s doing everything in his power to make his cardholders whole, even going beyond that.

“The way I view it, I will take every complaint and claim and pay it, if it has any legitimacy,” said Simmons. “I’ve heard people being put out of their apartments or in the hospital needing medicine and what I have done, what I do, is if they say they [lost] $400, I’ve given them back that exact amount and I’ve also adjusted their fees.”

In addition to restoring customer accounts in full, Simmons said that from Nov. 1, 2015 through February 29, 2016, RushCard customers will enjoy a no-fee holiday, which will exempt card users from paying monthly, transaction and ATM fees during that period. People who open new accounts will also be eligible for the no-fee holiday benefits, but all cardholders will still be responsible for paying third-party fees.

While it will cost him money, he said it’s just one way of regaining the trust of his loyal base.

“I like when this company is really profitable, then we can go out and help the community in a way that no bank, no non-Black institution ever will,” he said.

UniRush, LLC, the company that owns RushCard, was co-founded by Simmons 12 years ago to help low-to-moderate income individuals and families have an easier time paying bills and managing their money.

“The RushCard is the embodiment of my message of empowerment, because it is a better and more transparent option for millions of ‘underbanked’ and ‘unbanked’ Americans, who often suffer at the hands of large financial institutions,” Simmons said.