We need to stop calling the cops on our students 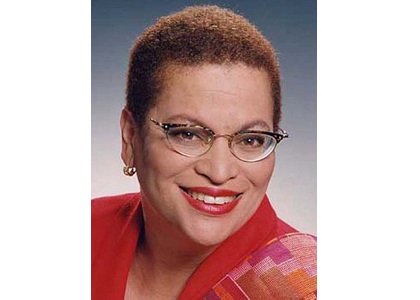 (NNPA) — Richland County Senior Deputy Sheriff Ben Fields seemed to think the only way he could get a young black girl out of her seat was to fling her across the room. His brutal attack on her was filmed by one of her classmates, and it’s a good thing he documented the incident. It was said that the young lady punched the officer before Eddie Robinson, Jr. started taping, but he indicates that she was quiet and simply refused to get out of her seat. He said she had only taken her phone out for a minute and “she didn’t do anything wrong”.

On Wednesday, October 28, Sheriff Leon Lott announced that Fields had been fired because his behavior was inconsistent with the training he had. But in response to a question at the press conference he held, he reported that Fields did not feel remorseful, that he was sorry the incident happened, but he was “just trying to do his job.” Not only did he brutalize a young girl, but he also arrested another young woman who simply asserted that the officer was wrong to treat her classmate so roughly. No other student said a word, and they were perhaps frightened to speak up.

Where are our women’s organizations? Where are our African American and civil rights organizations? Or our African American educators? Granted, this is just a few days after the fact and perhaps some of these folks will speak up eventually. Perhaps they are waiting to hear “the facts”, but as Sheriff Lott said there was no excuse for a young lady to be dragged in the way that she was.

Sheriff Lott said his community, a suburb of state capital Columbia, South Carolina, was an “orderly” community. He said there were no marches, no confrontation, because “that is not how we do things here.” While the Sheriff did the right thing by firing Ben Fields, his own attitude could stand some adjusting, and perhaps a march might be a way to express dissatisfaction at his approach (and that of the school system). In his press conference, he said that Fields’ behavior was inappropriate, but he basically blamed the young lady for her plight.

While civil rights leaders routinely turn it out when black men are beaten or killed, far fewer seem to care about what happens to black women. From the time that video hit the airwaves there ought to have been cries of outrage (and perhaps they are coming). Ben Fields’ actions should not simply be called “unacceptable” but also criminal.

Why did the school call the police anyway? From what I understand, the young lady was not making noise or disrupting class. She failed to comply with a request regarding her cell phone (some say she was asked to put it away, others said she was asked for the phone). Either way, the penalty for noncompliance should not have been arrest.

Last year, the Department of Education released a report that showed that African American and Latino students were suspended or expelled far more frequently than their white counterparts, often getting a different level of punishment for the same offense. Some of the suspensions and expulsions even happen at the preschool level – meaning that three and four year old children are being kicked out of school simply because they are little children (who frequently misbehave).