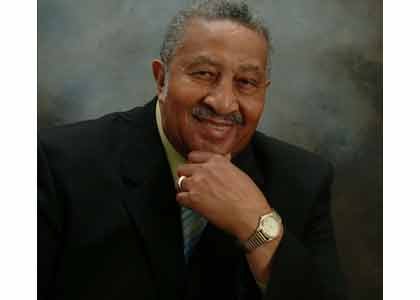 BALTIMORE — There is little question about the value of Sgt. Major Richard E. Robinson to the famed Morgan State University ROTC program.

Robinson engaged students in the military science program at the Baltimore-based historically black university and he often carried home extra workloads to ensure that those he taught would be fully equipped for life on the battlefield as well as life in corporate America.

“I can remember he would sit down and draw up lesson plans and he’d teach his students and test them,” said Edweana Robinson-Haynie, Robinson’s daughter and one of his six children.

“He didn’t ask them to do anything that he wouldn’t do,” said Robinson-Haynie, who along with her siblings and mother, Josephine Robinson, prepared the October 31, 2015 funeral for the beloved former military science teacher and ROTC instructor.

The dedicated sergeant major left an indelible impression on just about anyone he knew and certainly on the ROTC program, Morgan State and all of his other endeavors, his daughter said.

“My dad would go to summer camp for six or eight weeks out of the summer and he ran that camp like he ran the ROTC program; he cared,” Robinson-Haynie said. “He truly cared and did everything he could to motivate his students.”

Robinson’s work with students in the ROTC program was one of the factors in experts and critics eventually labeling the Morgan State program as the “West Point of the East,” producing more black generals than any other school.

“My dad, I believe, had the most African-American three, four and five star generals from the program,” his daughter said.

Morgan State’s ROTC program prepares college students to succeed in any competitive environment, according to a school description of the program.

“It’s a great program,” Robinson-Haynie said, noting that her father was an accomplished and humble individual.

“He was a family man and everything he did was for his family. He believed if there were anyone in need, he should help them out,” she said. “He loved history and we got dragged to every Civil War battlefield; that was our Sunday outing as a family.

“My dad’s intellect, his ability to analyze and his teaching were great. His motto was ‘Keep it simple’ and he was a person that you could lean on and all of us called on my dad because he was our rock.”

In lieu of flowers, Robinson’s family respectfully requests that donations be made to the American Diabetes Association in the name of Richard E. Robinson.