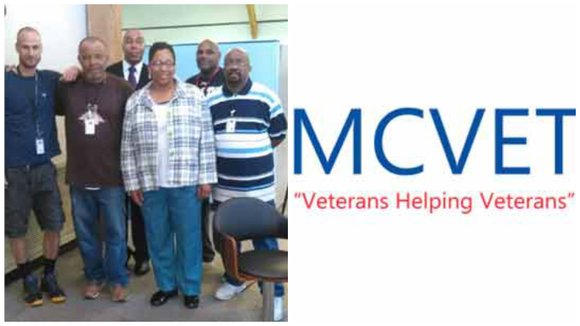 New funding rules adopted by the U.S. Department of Housing and Urban Development could greatly affect a successful program that provides a variety of services to veterans including a place to live.

“There is a possibility that funding received from HUD may be severely curtailed, or significantly reduced,” said Jeffrey Kendrick, the executive director of the Maryland Center for Veterans Education and Training (MCVET), located on N. High Street in Baltimore.

Because MCVET isn’t identified as a “Housing First” program, the nonprofit is in danger of losing an annual $1.2 million grant from HUD, which recently adopted criteria in which they’d provide funds to programs that immediately seek housing for the homeless.

“I understand what HUD is doing, but our philosophy is to provide transitional housing while providing comprehensive services first,” Kendrick said, noting that MCVET’s program provides comprehensive services to veterans that begin with case management, medical services, education and job placement along with a zero tolerance drug and alcohol policy. “Then, when the veteran has significantly reduced or eliminated barriers that cause his homelessness, we provide services for permanent housing placement,” Kendrick said.

MCVET has recently submitted an updated application to HUD and Kendrick says he believes there is a strong possibility that funding may continue based on the overall success of the program that has seen 70 percent of the approximate 9,000 veterans served provided homes and jobs with an average wage of $14 per hour.

The center has been named as a national model by HUD and it’s the only one of its kind in the United States.

Established more than 20 years ago, MCVET houses homeless veterans many of whom arrive with drug or alcohol problems. New clients are required to attend 90 alcoholics or narcotics anonymous meetings for 90 days. After that, they must attend five meetings a week, which is similar to a traditional 12-step program as part of a long-range plan used to help residents stay drug free. These programs are also open to the public, according to Kendrick.

“This is not an easy program,” he said. “A veteran can come here and earn a degree or diploma, but if he or she doesn't work the program, they may have a diploma or degree, but they’re still homeless.”

There are three levels of residency at the center— emergency housing, transitional housing and Single Room Occupancy. The veterans receive stipends and 20 percent of the stipend pays their rent. Residents are required to put 30 percent of their stipend into a savings account.

The Center has resources to help the veterans, from the Veterans Administration (VA), and Healthcare for the Homeless. It also works with various schools through classes funded by the Department of Labor.

Average attendance is two years, although some leave earlier while others stay longer.

“I was here before and got talked into leaving,” said Denzel Douglass, a second-timer at the center. “I didn’t know whether I was coming back. I worried about what someone would say about me. I was drinking. I was battling depression but I knew I had to get my life back together.”

Douglass, a U.S Marine Corp veteran, says he knows he has to “work the program.” He is training to become a medical assistant and phlebotomist, which is paid for by MCVET.

Wendell Drummond, another military veteran who receives services at the center, said the program is a lifesaver.

“I found my life again. Without MCVET, I don’t know where I’d be,” Drummond said.

If HUD cuts or reduces funding, services like that provided to Drummond, Douglass and others could be curtailed.

“Without HUD, we would have to make up the shortfall,” Kendrick said. “We know our model to be a success and if funding is cut off, we’d have to seek other ways to raise money either through corporate donations or someone writing us a big check which only happens in dreams.

“Our goal is to end homelessness for everyone in the United States whether they are veterans, teens or seniors. Right now, though, we are talking about veterans because that’s who we work with.”