Why race is hard to erase from jury selection 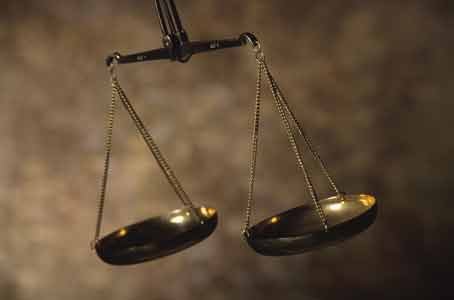 Some lawyers love it. Several excel at it. Many consider the case won or lost at jury selection.

That may be true. It doesn't change the fact that it's just not my favorite part of the trial process -- and it's now in the spotlight because the U.S. Supreme Court is considering a case (Foster v. Chatman) about whether decisions to reject potential jurors unconstitutionally affect a jury's racial makeup.

The case also spotlights exactly why I'm not particularly fond of the process: Imagine that you are asked to play a game show that is timed like a speed chess match, which tests two primary "skills." The first is your ability to blindly disagree in a knee-jerk fashion with whatever the opposing attorney wants --- which is less a skill, and more of a reflex. The second "skill"? Your ability to leap to conclusions about people based upon your latent discriminatory personal opinions.

Remember, the latter is the very thing your parents raised you not to have, and now your client's future depends in part on all your unsupported biases and snap judgments about complete strangers based primarily upon their appearance, attributes and origins. It's a harrowing process, one that feels less like a criminal trial and more like "Hollywood Squares" -- a very angry round of "Hollywood Squares." On top of that, all these deductions and predictions about jurors are based on the scientific equivalent of astrology or alchemy.

Exception to the rule

That's why the Supreme Court rule of Batson v. Kentucky is often misunderstood. It has come to be understood as a prohibition against racial discrimination. Batson is not really the "rule." It's more like the exception to the rule. The rule in jury selection is not "Don't discriminate." Instead the rule is: "Discriminate indiscriminately, discriminate wildly, for whatever reason you want, just don't discriminate based on one thing: race."

I'm not really alone in my skepticism, either. Justice Thurgood Marshall himself had doubts about Batson. Marshall wrote in a concurrence that Batson "will not end the racial discrimination that peremptories inject into the jury-selection process." That goal could "be accomplished only by eliminating peremptory challenges entirely."

He's right. Peremptory challenges are a limited number of strikes each side can use to dismiss a juror without giving a reason. The very existence of "peremptories" arguably represents an unspoken judicial sanction of discrimination in jury selection.

At the heart of the Foster case is this issue: if Batson prohibits using these secret peremptories for racial discrimination, how do we prove that the prosecution (or defense) discriminated if the conduct occurred almost entirely in the secret thoughts of the attorney?

In Foster, the prosecution ostensibly offered nondiscriminatory reasons for rejecting jurors, but the recently obtained handwritten notes of the prosecutor at trial suggested the prosecution really employed a code to categorize and exclude African-Americans. So then the question becomes more complicated, and socially universal at the same time: Does a person discriminate based on race when they discriminate for both racial reasons and also nonracial reasons?