Black Friday and beyond: The ultimate holiday shopping guide 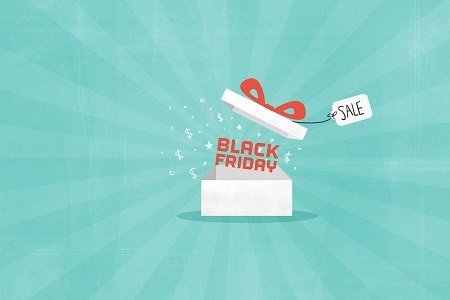 Retailers have started releasing details about their holiday season deals, and many markdowns start as early as November 1. (Photo: CNNMoney)

NEW YORK (CNNMoney) — Get ready to shop -- and not just on Black Friday.

Retailers have started releasing details about their holiday season deals, and many markdowns start as early as November 1.

The online retailer launched the Black Friday Deals store on Nov. 2 to house "tens of thousands of deals" on a wide variety of products, including electronics, toys and clothing.

Amazon Prime members will be able to purchase some of the deals 30 minutes earlier than non-members.

Target will welcome shoppers at 6 pm on Thanksgiving. It's planning a few bargains for the Wednesday before Black Friday.

Promotions started in November, and online shoppers get free shipping and returns until December 25. The chain recently launched international shipping in over 200 countries. Its holiday shopping deals are available on its website.

Target also plans to expand its curbside pickup service to 121 stores, up from 21 last year, and to extend its price-matching service.

Additionally, the Target app Cartwheel will offer 50% off on a different toy every day through December 24.

The store has already rolled out its hallmark "Great Big Toys 'R'Us Book of Awesome" featuring 96 pages of toys.

On November 1, Toys"R"Us began offering special deals and coupon offers on its vast selection of toys.

Walmart will offer 96% of its in-store deals to online customers, and online shoppers can start buying on Thanksgiving morning at 3:01 am ET (12:01 am PT.)

There will be deals on 10 different TV models, video games, small home appliances and toys.

The discount superstore kicked off 90 days of "Rollbacks" at the start of November, but plans to concentrate its deals around Black Friday and Christmas to make shopping easier.

Walmart will now let customers check in via their phones, making it easier to pick up ship-to-store purchases. Shoppers will also be able to scan products in store and add them to their wish lists using the Walmart app.

Kohl's kicks off the holidays on November 23, when it will start giving away $15 gift cards for every $50 spent online or in stores.

Shoppers will also be able to sync their online shopping bags across all their mobile devices.

Macy's will launch the holiday shopping season by opening on Thanksgiving Day at 6 pm, and it's already offered a small preview of some of its Black Friday deals.

Best Buy announced it would be open from 5 p.m. to 1 a.m. on Thursday and would open again at 8 a.m. on Black Friday. The electronics store is also making eight Black Friday deals available on November 10. Deals include a 49-inch Toshiba TV for $149.99 and $120 off the 11.6-inch MacBook Air.

Clothing retailer H&M, which has traditionally been open on Thanksgiving, will wait until Friday to open its doors to deal-hunters this year. Hours vary by location, and location-specific information is listed on available here.

The sporting goods store made a splash this year when it announced that it would stay closed on Black Friday. REI said it will pay its 12,000 full and part-time employees not to work on Black Friday, and urged customers to spend the day outside instead.