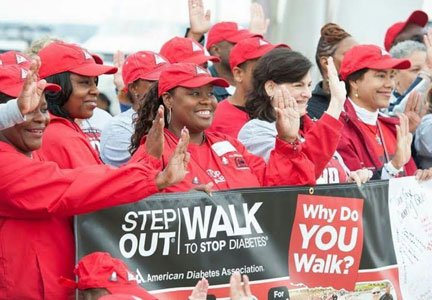 November is American Diabetes Month. According to the 2014 National Diabetes Statistics Report 29.1 million people in the U.S. have diabetes. The Center for Disease Control and Prevention (CDC) says nine out of 10 people are unaware that they have pre-diabetes. The CDC also reported that by 2050 as many as one in three adults living in the U.S. could have diabetes if current trends continue. Educating the public is a critical step in diabetes prevention and management. 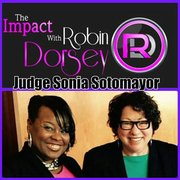 On November 3, 2015, Robin Dorsey, who has type 2 diabetes, was recognized for her volunteerism and commitment to raising awareness about the condition. She received The 2015 Outstanding Leadership Award and The 2015 Community Ambassador Award at the American Diabetes Champion reception that was held at the Mexican Embassy in Washington, D.C. The 37-year-old American Diabetes Association (ADA) Wellness Ambassador implements diabetes/wellness education workshops in D.C. metro area communities. As a diabetes advocate, the Marylander shares her personal story about living with diabetes at local community events. Dorsey even speaks to legislators during Maryland State Delegate Diabetes Day in Annapolis.

The majority of Americans who have been diagnosed with diabetes have type 2. However, Dorsey noted that in 2016 she will return to speak to legislators about providing a safe harbor for diabetic children in schools. Although a type 1 diabetic does not produce insulin and insulin injections are needed for survival, all states have not passed a law requiring a certified nursing professional to help administer medication to children with diabetes who need immediate medical assistance. Dorsey regards diabetes as a national problem, not an individual one. She wants diabetics to be included in ongoing health discussions.

“They talk about so many other health illnesses like cancer and heart disease, but nobody wants to talk about diabetes and it affects so many people. And so it’s almost like a dirty little secret so you feel alone and isolated even though (nearly) 30 million people have this disease,” Dorsey said. “I was diagnosed with diabetes at the age of 29 when I was pregnant with my son. At that time it was called gestational diabetes. The doctors told me that after my son was born that the diabetes would go away, because I just developed it when I was pregnant.”

Dorsey’s gestational diabetes never went away. Since close relatives have diabetes, Dorsey was at a higher risk for having type 2 diabetes. She was in denial that she had the condition for several years. She ultimately shook off her depression and accepted her diagnosis after acknowledging she had to be there for her child.

“And that’s when I started researching about diabetes on www.diabetes.org and I found out so much information. I found out some recipes and…that I wasn’t alone. There’s a whole network of people who have diabetes who actually want to talk about it,” Dorsey said.

Dorsey had to make adjustments like managing stress efficiently, monitoring cuts to prevent infections that could lead to amputation, committing to eating well-balanced meals and exercise.

Research and attending diabetes events led to Dorsey’s volunteer work. In 2014, she was featured in the healthy living magazine, Diabetes Forecast. Through her talk show that airs on DC TV Public Access called The Impact with Robin Dorsey— where non-profit organizations, extraordinary individuals and for-profit organizations making a difference are featured— Dorsey integrates her diabetes advocacy work. She recently filmed a public service announcement about diabetes.

Dorsey said that preventive maintenance is important to individuals who have been informed that they are pre-diabetic. Eating, exercising and behaving as if a person is already a diabetic can help prevent blood sugar levels from rising to the level of a full-fledged diabetic. Most importantly, Dorsey wants people living with diabetes to know that they are not alone.