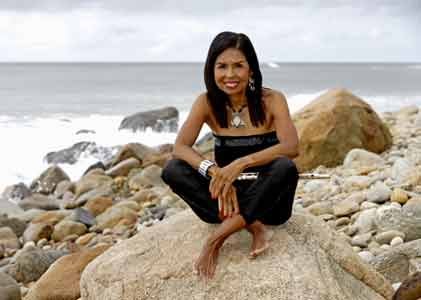 Jazz artist and now author Sherry Winston (left) describes her cookbook “For Lovers Only” as a how-to-book for entertaining that special someone from the moment they enter your home until they leave. All of the recipes in her cookbook are original and much of the music on the CD that accompanies it is either Winston’s work or covers of her favorite artists such as Stevie Wonder and Earth Wind & Fire. (Courtesy Photo)

As a young girl, Sherry Winston didn’t have the time or even the skills to put on a jazz record while peeling potatoes and boiling a pot of water.

“My mother was a working mom and my dad was working, so when I’d come home my mother would call me and instruct me on what to cook,” Winston said. “So, I’ve been cooking all of my life.” 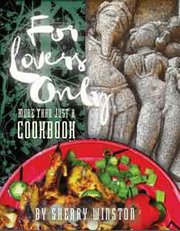 She has also been playing music, and the combination of good food and the sounds of great music all come together in Winston’s new cookbook, “For Lover’s Only, A Cookbook and More.”

Winston, a jazz flutist, has certainly displayed her skills both in music and in the kitchen.

Having performed at major concert halls like the Kennedy Center, Carnegie Hall and the Lincoln Center, Winston is now cooking up delicious edibles like “Sexy” Chicken Wings with Garlic, Chicken Francese and Fish Tacos.

She describes her new tome as a how-to-book on entertaining that special someone from the moment they enter your home until the second they leave.

“You want to know how to set the tone for your guests,” said Winston, who has performed with Stevie Wonder, Chaka Kahn, Peabo Bryson and Roberta Flack just to name a few.

All of the recipes found in the book are original and much of the music on the CD that accompanies it is either Winston’s work or covers of her favorite artists such as Wonder and Earth Wind & Fire.

The jazz-infused love songs include “That’s the Way of the World,” “A Valentine for You,” “Romance Tonight,” and Stevie Wonder’s “All is Fair in Love.”

“It is quiet music that’s tasteful,” said Winston, who first conceived of the idea nearly two decades ago while she was taking a break from performing at the Summer Olympics in Atlanta. “I spent a lot of time at the swimming pool and thought it was the perfect time to start a book.”

Her busy music schedule has prevented Winston from completing the book until now.

A 1989 NAACP Image Award nominee, Louis Armstrong Award and Eubie Blake Award recipient and a Howard University Alumni, Winston has released 6 CD’s with her first “Do It For Love,” earning the top spot on the BRE and the Black Excellence music charts.

Winston’s singles, “Love Madness,” and “Life is Love & Love is You,” also earned top 10 spots on the Billboard music charts.

Winston has also worked on the other side of the microphone as director of Jazz Promotion at Columbia, Arista and Elektra Records. She has promoted such well-known artists as Kenny G, Grover Washington, Jr., Wynton and Branford Marsalis, Harry Connick, Jr., Nancy Wilson and Ramsey Lewis.

“My work is a message to anyone who ever had a dream to not let people define you and to really believe in yourself,” Winston said. “My attitude with my CD’s is simple. I had 25 rejections before I got my first CD out. Now, I have a cookbook out.”

To purchase the new cookbook and to learn more about Winston, visit www.sherrywinston.com.