Cost, access and awareness all contribute to drop in smoking rates 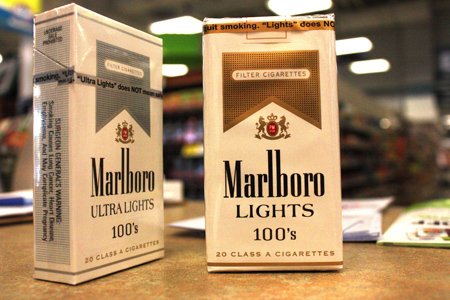 (CNN) — The number of adults in the United States who currently smoke is 14.9%, according to new government statistics from the first half of this year. This is even lower than a report released just last week that found 16.8% of adults were smoking in 2014. To be sure, this is the lowest percentage reported since this survey began in 1997, when 24.7% of U.S. adults were smokers.

The new calculation is from the National Health Interview Survey, released Tuesday by the Centers for Disease Control and Prevention's National Center for Health Statistics, capture smoking prevalence between January and June of this year.

So who is still smoking 52 years after the U.S. surgeon general first warned the nation about the harms of lighting up? According to the report, more men than women. And the habit seems to be more appealing among younger individuals because people age 18 - 44 (16.3%) and 45 - 64 (16.7%) are more likely than those age 65 and up to smoke. When broken down by race, more non-Hispanic, whites and blacks (17%) smoke than their Hispanic peers (9.7%).

The success is due to a combination of smoking bans, the increasing cost (including taxes) of cigarettes and other tobacco products, awareness campaigns and improved access to tools that can help smokers kick the habit, according to the CDC.

"They work to reduce the enormous health and financial burden of tobacco use and secondhand smoke exposure among Americans," said Brian King, with the CDC's office on smoking and health, in a press release.

The news is encouraging for health officials who hope the percentage of individuals who smoke will drop to 12% or less by the year 2020.

And there's plenty of motivation to get there. According to the CDC, 480,000 people die in the United States each year from smoking cigarettes and 42,000 of those are from second-hand smoke. For those who live, smoking-related illness costs an additional $300 billion dollars annually in the United States.