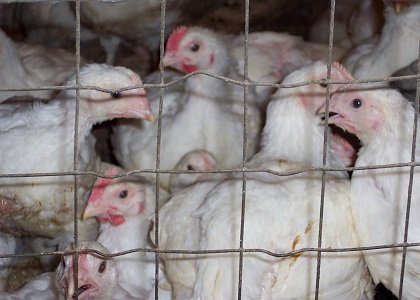 (CNN) — Antibiotic-resistant bacteria that regularly show up in meat is a "significant public health threat," the American Academy of Pediatrics says in a new report calling for an end to overuse of antibiotics in animals.

The "overuse" and "misuse" of antibiotics in animals and in people in largely to blame for antibiotic resistance, the authors said.

Exactly why is a group of people doctors calling on animal doctors and animal owners to stop overusing antibiotics?

"We know our side is not perfect, physicians do bear some responsibility for this and there has not always been a prudent use in our practice, we are doing something on our side to help fix this" lead author and pediatrician Dr. Jerome Paulson said. "We also want to make sure the government agencies and agribusiness will look at this as a serious issue as well and get these unnecessary antimicrobrials out of the production stream."

In 2012, most antibiotics in the United States weren't sold to help humans. Some 80%, or 32.2 million pounds, of antimicrobrial agents were for use with animals, according to the report. Some 60% of those drugs are the same ones that help fight infections in humans. If overexposure to antibiotics creates bacteria that can tolerate those drugs, that means doctors will no longer be able to use them to help treat people, hence this is a public health threat.

In practice, farmers are not giving these drugs solely to help sick animals. Most are given in low doses as a precaution or are used to help animals grow. A 2013 voluntary guidance change from the Food and Drug Administration that is being phased in over three years was created to curb some of these uses.

The guidance encouraged animal pharmaceutical companies to change labels on these drugs to exclude their being used as a growth agent. Farmers used to be able to walk into any feed store and buy these drugs without a prescription. Now a licensed vet is supposed to oversee their use. But the pediatricians report points out the policy changes may not be enough "because the lines between disease prevention and growth promotion are not always clear, the current FDA policy may allow drug manufacturers to continue using ambiguous language on labels of antibiotic drugs."

An estimated 2 million Americans get sick with infections caused by antibiotic-resistant bacteria every year and about 23,000 people die from these infections, according to the Centers for Disease Control and Prevention. One of the ways people get these infections is through eating contaminated food.

While they are not all antibiotic resistant, children 4 and younger experience some of the highest number of food-borne diseases, according to the CDC. If you fix overuse of these antibiotics in animals, you reduce the number of people, including children who get sick.

Until this problem is fixed, the report's co-author Paulson who works as a professor in the department of pediatrics at George Washington University said he will continue to encourage parents to buy meat with a "no antibiotics added" label. "I do see antibiotic-free meat much more available in the marketplace," Paulson said.

Some restaurants also advertise that they get their meat from animals raised without regular use of antibiotics.

Paulson hopes this report will continue to raise awareness with parents who may in turn push the issue: "Maybe as more parents demand this option, the marketplace will help take care of this problem."