What is safe sex for someone with HIV?

Experts recommend a combination of steps, including taking antiretroviral therapy and using condoms 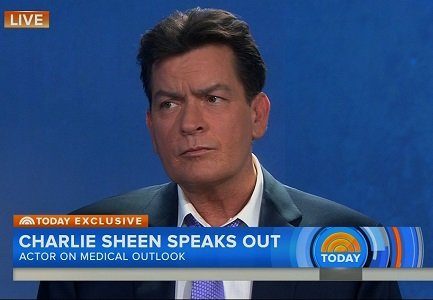 (CNN) — Actor Charlie Sheen announced this week that he has HIV, but in the four years since his diagnosis, he said, he's always shared his status with sexual partners.

Sheen said in a "Today" show interview that he'd had unprotected sex with two people since his diagnosis and it was "impossible" that he'd transmitted the virus to others. Sheen's doctor, Robert Huizenga, who joined him for the interview, said the 50-year-old actor started taking antiviral therapy after he was diagnosed with HIV, which has reduced his viral load.

It is not impossible for Sheen to infect others, but it is "incredibly low," said Huizenga, an assistant professor of clinical medicine at UCLA.

Indeed, there's still stigma around HIV, but with the right precautions, people with HIV can still have sex safely, experts said.

"Patients who have HIV can certainly have sex. What's important is that they do several things to decrease the risk of transmission," said David Rosenthal, medical director of the Center for Young Adult, Adolescent and Pediatric HIV at North Shore-LIJ Health System in Great Neck, New York.

The first thing is to decrease a patient's viral load, or the amount of HIV in the blood, semen and other bodily fluids, by taking antiretroviral therapy.

"The less amount of virus floating around in one's system, the less chance of giving it to someone else," Rosenthal said.

Antiretroviral therapy is a combination, or cocktail, of three or more medications that block the virus from replicating. The therapy has become much more simple for patients over the years -- whereas they used to take 15 pills twice a day, they might now only have to take one pill once a day, Rosenthal said.

"If you're able to get the viral load low, below the level of detection in lab tests, it's very unlikely to transmit the virus. Not impossible, but very unlikely. The risk is far less than 1%," said Dr. Stephen Boswell, president and CEO of Boston's Fenway Health, a health care organization that works with lesbian, gay, bisexual and transgender people.

It can be hard for some patients to get their viral load below the level of detection using therapy, Boswell said. They have to be diagnosed early in their infection and take the medication every day, which can be a challenge. "It's very hard for people to take a pill day in and day out and not miss a dosage," he said.

Even if people with HIV are on therapy, and especially if they are not, Rosenthal recommends using condoms or other types of barrier protection during sex. This can include female condoms or dental dams. Latex condoms can prevent HIV transmission, but lambskin condoms are not effective for protecting against the virus.