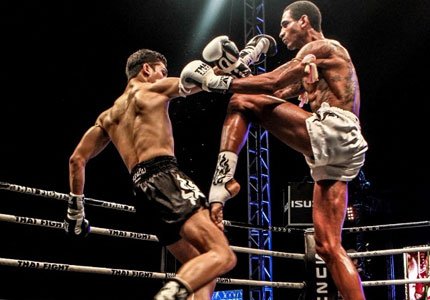 Baltimore native Dorian Price always had a love for martial arts. Price grew up in Baltimore and attended Towson High School until his sophomore year, then attended and graduated from Avon Old Farms Boarding School in Connecticut.

From an early age he always excelled in sports. In high school he played both basketball and football and received Division I scholarship offers for both sports. He played basketball for several recreation centers throughout Baltimore City. During time away from prep school, Dorian returned home to Baltimore to play in many of the summer leagues throughout the city. 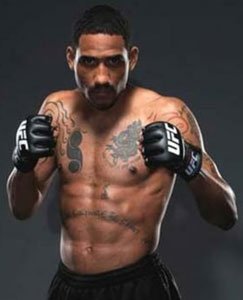 During his years at Hampton he was able to foster his love for martial arts. Learning and training with many Navy Seals under the direction of Frank Coccid, a former Navy Seal and leader of the now famous Seal Team 6, Dorian was introduced to in Muay Thai, a combat sport of Thailand that uses stand-up striking along with various clinching techniques. This physical and mental discipline, which includes combat on shins is known as, "the art of eight limbs" because it is characterized by the combined use of fists, elbows, knees and shins. It is associated with good physical preparation that makes a full contact fighter very efficient.

Price was able to continue to develop his skill in combat sports while attending Ohio State. It was in Columbus, Ohio where he began training and was introduced to Mixed Martial Arts (MMA) by former college All American wrestler and Ultimate Fighter Champion (UFC) fighter Kevin Randleman as well as other national champions and UFC fighters.

Price continues to train and compete in MuayThai throughout the world as well as to train UFC fighters all over the world. He is one of the few fighters/trainers to have competed in the UFC, been ranked in the world in MuayThai and trained some of the top UFC talent. His current record as a trainer/coach in the UFC is a remarkable 10-1. These competitions have taken him to Thailand, Mexico, Germany, Holland, Poland, China, Korea, Hong Kong, Canada, Spain and other countries.

Dorian Price is the son of Donna Bates Price and Corbett Price who still live in Baltimore. He travels back to Baltimore often and is mainly a trainer now in Melbourne, Australia.