‘Move Up In Maryland’ homeownership initiative launched in West Baltimore 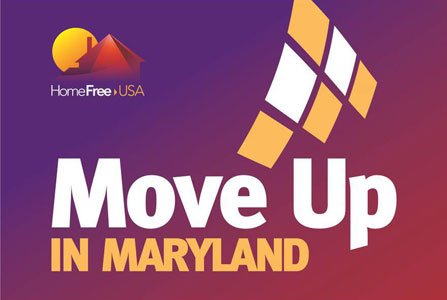 HomeFree-USA, one of the nation's leading HUD-approved community based homeownership and financial counseling organizations opened its new office in Baltimore in the Pigtown neighborhood, and the launch of “Move Up in Maryland,” a program intended to reinvigorate West Baltimore by reclaiming neighborhoods that have been ravaged by vacant properties and the painful effects of the financial crisis.

Move Up in Maryland’s mission is to enhance families financially, provide employment opportunities, and expand homeownership opportunities through the reuse of vacant, abandoned, and foreclosed properties.

Starting in West Baltimore, Move Up in Maryland will acquire, rehabilitate and sell up to 50 formerly vacant properties in 2016. To date, Move Up in Maryland has acquired and rehabbed 23 Baltimore properties and is happy to have sold them to low- and moderate-income (LMI) families within 30 days of rehab completion. This revitalization program works in tandem with the HomeFree-USA homeownership preparation program, which has made the dream of homeownership a reality for more than 7,000 first-time homebuyers.

When riots broke out in Baltimore last April, Charm City’s future looked grim. But today there is new hope for West Baltimore.

“With increased homeownership and great looking neighborhoods, residents will be proud and the City will be positioned for further growth,” commented Marcia Griffin, HomeFree-USA founder and president. “When residents have a financial stake in their community, they take pride in their surroundings and contribute to their neighborhood’s future which is intertwined with their own futures. HomeFree-USA aims to break the cycle of boarded-up row houses and abandoned properties. We feel that Baltimore is on the rise.”

The program already has many supporters, including the Maryland Department of Housing and Community Development, Baltimore City, Susquehanna Bank, Bank of America and Ocwen Financial Corporation, a leading financial services holding company, whose initial grant allowed the initiative to move forward.

“Homeownership gives people hope for a better future.” added Griffin. “With the help of organizations such as Ocwen, we are confident Move Up in Maryland will be the start of something great for the people of Baltimore.”