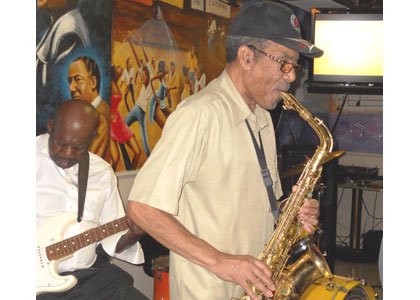 Renowned alto saxophonist Arnold Sterling was born March 2, 1938 in Baltimore. He passed away on Thursday, November 12, 2015.

Hello my dear friends, I hope everything is well with you. This is a week to cry and rejoice at the same time. We celebrate the life of two people in different ways. I want you to help me celebrate life of two musicians who passed away within two weeks of each other and both be missed by family and friends.

A couple of weeks ago, a dear friend and musician, Philip “Sir Andre” Stancil, known for his gifted fingers on the keyboards and organ passed away. This week, Arnold Sterling another well known musician and alto saxophonist passed away on Thursday, November 12, 2015 very peacefully in his sleep. Arnold Sterling received his first horn at the age of 13 and taught himself to play. While attending Carver High School in Towson, Maryland, he formed a three-piece band and played for proms and dances.

In the late 60’s he joined the Bill Byrd Trio featuring Johnny Polite on drums and Liz Figueroa as vocalist, enjoying a lengthy stay at Buck’s Bar on Pennsylvania Avenue. During this time, he met his mentor and good friend the late Sonny Stitt, who took him under his wing and taught him a lot about the music business. Sterling joined Jimmy McGriff Band in the early 80’s and traveled the country and overseas. He is featured on several of McGriff’s albums and has also recorded several albums of his own. Prior to his death, he freelanced around the Baltimore/Washington, D.C. area, especially the Westminster Presbyterian Church Jazz and Blues shows on 4th and I Street. Arnold loved his “straight ahead” jazz and always said he would play his horn until God called him home. Well, God has called him home. Rest in peace my friend. No funeral arrangements have been announced at press time. Musicians can contact Eleanor Janey, Ron Pender or Nevitta Ruddy who is also working on a musical tribute in his honor. 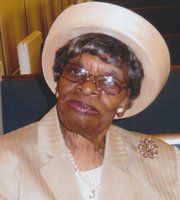 Evelyn McCallum recently celebrated her 95th birthday. God bless you and may your journey in life continue in good health!

Let’s go on to some happy stuff and I can’t think of anything better than the “Milton Dugger Thanksgiving Reunion Party,” scheduled for Saturday, November 28, 2015 from 6:30 p.m. to 11 p.m. at St Mary’s Hall at the rear of 5500 York Road. This is Milton’s annual event, and what a nice one it is. He and I will celebrate our birthdays— that is right! My birthday is November 27. I was a Thanksgiving baby and was born on Thanksgiving Day. I attend Milton’s event every year if I am in town. It’s cabaret style, BYOB and BYOF with live entertainment featuring “Saturday,” The Blu Lights, Sheila Ross, Charles “Big Daddy” Stallings and Nevitta & Company with Ron Pender, Clayton McClinton and J.T. That is not all. There will be a special live performance by Artartus Jenkins, known for his acting on stage at the Arena Playhouse and his flair for artistic floral designs and Christian Harris doing scenes from “Flowers for Phyllis.” For ticket information, call 410-218-3572. 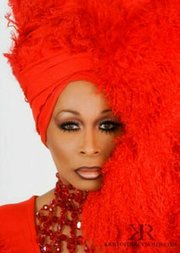 One of Marvelous Marva's Show stopper, female impersonators will take the stage along with 10 other acts performing Motown favorites at the Hippodrome Theatre on Sunday, November 22, 2015.

I have another happy event to tell you about. My dear friend Marva Law is hosting a one of a kind spectacular show that will be full of fun, laughter, jaw-dropping excitement and side-splitting comedy featuring fabulous professional female and celebrity impersonators giving you an evening of entertainment you will always remember. She will feature some of the most talented entertainers in the industry with back-to-back performances sure to have you on the edge of your seat from the beginning to end. Marvelous Marva and her sparkling diamond legendary divas have been entertaining Baltimore for over 17 years. This year the production will be held at the Hippodrome Theatre located at 12 N. Eutaw Street in Baltimore on Sunday, November 22, 2015 at 6 p.m. I will see you there! For ticket information, call 800-982-2787 or you can get your tickets at the Hippodrome Box office.

Well, my friends, I believe I am out of space. Remember to send me your press releases, flyers, pictures, announcements with dates, time, place, contact phone numbers and email address to rosapryor@aol.com. Do not send information through Facebook. Or you can call me at 410-833-9474. UNTIL THE NEXT TIME, I’M MUSICALLY YOURS.