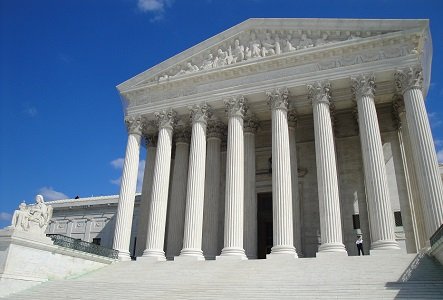 (TriceEdneyWire.com) — “Illegal and unconstitutional jury selection procedures cast doubt on the integrity of the hole judicial process. They create the appearance of bias in the decision of individual cases, and they increase the risk of actual bias as well.” — Supreme Court Justice Thurgood Marshall, Peters v. Kiff (1972)

During the Reconstruction Era, Congress passed the Civil Rights Act of 1875. The act guaranteed all citizens, particularly African Americans, equal treatment and access to public accommodations, public transportation and protected their right to serve on juries. This week—140 years after the passage of the Civil Rights Act of 1875— the Supreme Court heard oral arguments in a Georgia death penalty case that serves as an intolerable reminder that people of color continue to be unlawfully excluded from jury service because of their race.

In 1987, Timothy Foster, an African American, was convicted and sentenced to death by an all-white jury in the murder of an elderly white woman. Foster, who was 18 years old at the time of the crime, is seeking a new trial on the basis of racial discrimination by the prosecution, who he claims deliberately singled out and purged all prospective black jurors. Coincidentally, Foster’s death sentence came only a year after the Supreme Court had ruled in Batson v. Kentucky that excluding potential jurors based on race was unconstitutional and violated the equal protection clause of the Fourteenth Amendment.

The clear message of Batson v. Kentucky to not exclude jurors based on race failed to police the behavior of prosecutors in Timothy Foster’s case. And Foster’s case is a textbook example of racial discrimination that is often so hard to prove. In this rare instance of well-documented misconduct, prosecutors used a variety of methods to single out and remove potential black jurors. After getting access to the prosecution’s jury selection notes in 2006, Foster’s lawyer found “an arsenal of smoking guns in this case,” including prosecutors highlighting the names of potential black jurors, circling the word “black” on questionnaires, and taking note of black jurors as “B#1” or “B#2.”

Despite the efforts of our federal government and the Supreme Court to address and eliminate racial discrimination in the jury selection process, the practice continues to run rampant, and unchecked, throughout our criminal justice system— a system where more than half of the people on death row are people of color. African Americans make up 42 percent of that number, while they make up only 12 percent of the United States population.

Deliberately excluding people of color from juries only serves to undermine our confidence in the credibility of our nation’s criminal justice system. How can we believe justice is being served if the system is so blatantly rigged? Studies have shown that

diversity makes for a better jury. In comparison to all-white juries, racially diverse

juries are said to take longer to deliberate, they consider a wider variety of perspectives when deciding and make fewer factual errors. We cannot allow our constitutional right to be judged by a jury of our peers to be abused based on a prosecutor’s implicit or explicit racial bias—lives are at stake.

If we are going to effectively address prosecutorial misconduct, there must be real enforcement of rulings like Batson v. Kentucky to prevent the exclusion of jurors based on their race. Along with enforcement, there must be punishment. Right now, prosecutors are not taken to task when racial bias rears its ugly head during jury selection. With enforcement and monitoring, we can discover the patterns and punish the offenders.

Foster’s case has pulled back the curtain on an ugly and unlawful practice that we must remedy if we want a criminal justice system we can believe in.

Fortunately, we are decades past the all-white juries of the Jim Crow era, but we have a long way to go if we are committed to bring justice into our jury pools for all our nation’s citizens.