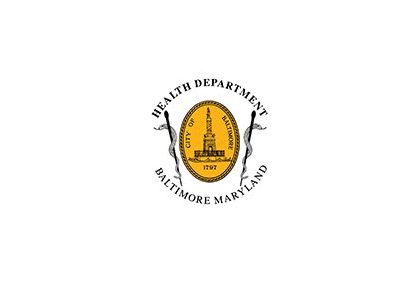 BALTIMORE — The Baltimore City Health Department, Behavioral Health System Baltimore, and the Baltimore Police Department today announced the establishment of nine new prescription return boxes— one at each Baltimore City police precinct station— to allow individuals to return any expired or unused medication, including prescription opioids, such as Percocet, OxyContin or Vicodin, with no questions asked.

The prescription return boxes will be accessible at all times and are the only locations in the city where Baltimoreans can safely and anonymously dispose of opioids and other prescription drugs, which remain a significant source of addiction in Baltimore.

“Drugs left in the home can end up in the wrong hands, including elderly family members and even our own children,” said Dr. Leana Wen, Baltimore City Health Commissioner. “It is never safe to take someone else’s medications. We all can do our best to prevent substance use and abuse, and these boxes will give people across the city easy access to a safe way to dispose of unwanted or out-of-date drugs.”

Four of the drop boxes are installed and operational, with the remaining boxes beginning operation in the ocming days. Baltimore City Police Department will maintain the boxes as well as collect and dispose the contents.

“This is a much-needed collaborative effort between the police department and public health officials in Baltimore,” said Baltimore City Police Commissioner Kevin Davis. “These drop boxes will help to keep prescription drugs off the streets and out of the wrong hands.”

Prescription drug misuse is a serious issue in the city and across the country. In 2013, 6.5 million people aged 12 and older used prescription drugs non-medically, according to federal data. More than half of prescription drug abusers get them from family or friends, and opioid misuse also often leads to heroin use.

A similar drop box program was established in Baltimore County in 2013 in an effort to curb drug overdoses in the region.

“This is a major step forward for the health of Baltimore City residents,” said Crista Taylor, Interim CEO and Director of Information, Planning and Development of Behavioral Health System Baltimore, the city’s authority on behavioral health. “We are proud to be part of the effort to reduce substance use in Baltimore.”

“The Mayor and the Mayor’s Office of Criminal Justice have been working tirelessly to address the prescription drug epidemic. While this is a national problem, there are important steps we can take at in Baltimore and we’re very proud to be moving forward with drop boxes, one of many important tools that we now have at our disposal to address this problem.”

The drop boxes were manufactured by American Security Cabinets in St. Cloud, MN, and are approved by the Drug Enforcement Administration.

More information on preventing opioid misuse and abuse, and on safe methods of disposing of prescription medication, can be found at www.bmoreincontrol.org.