American Music Awards 2015: What you missed 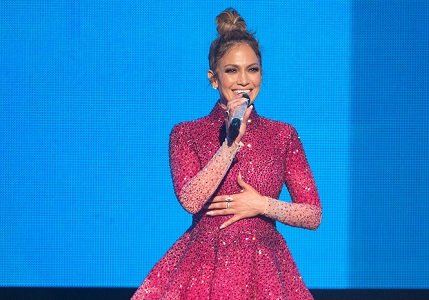 (CNN) — One of the best things about Sunday night's American Music Awards wasn't even on the show.

In one of the greatest spoofs ever, Miss Piggy and Kermit re-enacted Adele's "Hello" video in an advertisement for "The Muppets" TV show -- and it was glorious.

The actual awards show had some pretty cool moments also. Here are just a few:

Jennifer Lopez hosted the awards show and used the beginning to remind us that she's still got it.

The star sang a bit of a slowed-down version of her 1999 hit "Waiting for Tonight" before stopping and insisting that it was not all about her. Then she proceeded to make it all about her by dancing to some of the year's biggest hits.

Someone forgot to tell Jenny from the Block that at the age of 46, folks don't expect her to out-dance some of these youngsters. Of course, the Internet tried to make it a beef when Nicki Minaj was shown reacting to Lopez's booty-shaking to Minaj's hit "Anaconda."

The rapper took to Twitter to dispute the haters.

Lopez also treated us to her own fashion show with many outfit changes.

After performing a duet of "Marvin Gaye," the pair got hot and heavy on stage. Yes, the performance was pretty cute, but the smooching after was way more exciting.

New couple alert or just a clever grab at publicity? Either way, they straight-up committed.

Ariana Grande, the little girl with the big voice

The petite singer reminded us why she keeps getting compared to Mariah Carey.

Grande turned it out in a performance of her new single, "Focus." She started out very Marilyn Monroe, and by the end, she had given full-on pop/R&B princess.

Nick Jonas and that choir

We see you coming for Justin Timberlake's crown, Nick Jonas.

Nick is clearly well past the days when he was just a Jonas Brother. He did a medley of some of his new hits, including "Chains," "Levels" and "Jealous."

The kid was everywhere, playing instruments, singing and finally being joined by a choir.

Way to take it to church, Nick!

Alanis Morissette and Demi Lovato tear up "You Oughta Know"

No one does angry love songs like Morissette, and Sunday night, Lovato joined her to belt out "You Oughta Know."

Who cares that Lovato was only 3 years old when that song came out in 1995. She's an old soul, they rocked it, and the crowd went wild.

Justin Bieber washes away his sins

The Biebs closed out the show with a medley of hits from his new album, "Purpose." He went acoustic for "What Do You Mean" and danced his way through "Where Are Ü Now."

But for "Sorry," Bieber turned on the waterworks with a rain shower that left him soaked and crooning his apology. We get it, JB, you've washed the slate clean, and we are here for it.