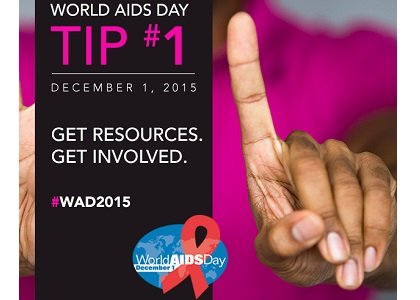 BALTIMORE — Approximately 13,000 Baltimore City residents are living with HIV and the vast majority or 82 percent are African-Americans.

Each year, 500 hundred new cases in the city are discovered and, although the diagnosis isn’t the death sentence that it once was, it’s still problematic, according to health officials.

Ahead of World AIDS Day, which takes place each year on December 1, the Baltimore City Health Department is planning a host of educational and outreach activities, so much so that its spokesman said officials remain huddled trying to finalize those plans.

“We are already doing a series of outreach and education efforts,” said Sean Naron, the public information officer for the city’s health department. “We have gotten better with awareness and we’re seeing decreased transmission rates across the board and increased acceptance.”

Naron says the November 17th announcement by actor Charlie Sheen that he has contracted the HIV virus, which causes AIDS could serve to help raise awareness.

“I watched his announcement and fighting the stigma is a part of this, and when celebrities, going back to Magic Johnson, reveal they have it, people are more willing to be aware of the potential and understand that it’s an issue,” Naron said.

To assist the health department’s ongoing efforts, the Centers for Disease Control and Prevention has awarded the city a $20 million grant to help reduce HIV infection among men who have sex with men and transgender populations, with a specific emphasis on minorities. The grant is part of $185 million in funding distributed by the CDC to respond to the severe burden of HIV among gay men, transgender men and women.

While new HIV infections are declining across the city, they are increasing among gay men and transgender persons in Baltimore, according to the health department.

African-Americans are particularly at-risk as 82 percent of those living with HIV in Baltimore are black.

“This is not just a health issue, but one of social justice,” Baltimore City Health Commissioner Dr. Leana Wen said in a news release. “Thanks to this generous funding, we will be able to help African-American men who have sex with men and transgender individuals who are disproportionately affected by HIV/AIDS, both here in Baltimore and across the country.”

Through the grant, the department of health in collaboration with some community partners proposes to implement and evaluate a PrEP program in order to reduce the acquisition of HIV.

PrEP is a preventive approach to HIV infection that addresses risk behaviors and involves daily administration of the antiretroviral Truvada, to prevent HIV infection if exposed.

“We are taking an organized approach to HIV so that more people know their statuses, get into care, and stay in care,” said Patrick Chaulk, the health department’s assistant commissioner. “We will begin by working with those with the highest risk before broadening this effort to help all Baltimoreans.”

Further, the health department plans to use the grant money to improve engagement in HIV medical care by developing a collaborative with the Maryland Department of Health and Mental Hygiene, and local health departments to provide a comprehensive model that brings together experienced HIV clinicians, counselors and other behavioral health and social service providers into a “Care Collective.”

“I think the stigma has gone down over the past five to 10 years and over the past decade we’ve been able to cut HIV diagnoses in half,” Naron said. “I think we’ll see a great turnout on World AIDS Day across the country.”