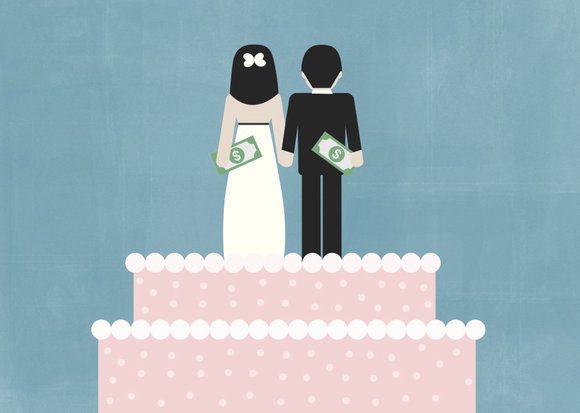 (CNN) — Not showing up to a wedding you've said you'll attend is bad form, but billing wedding guests for missed meals is probably not the best way to handle no-shows.

That's the sticky situation that recently unfolded for Jessica Baker of Andover, Minnesota.

The stay-at-home mother and her husband had planned to attend a cousin's wedding but had to skip when their child care fell through at the last minute, according to CNN affiliate WCCO.

The invitation specifically said "no children," so the couple stayed home.

A few weeks later, an invoice from the newlyweds arrived for the wedding meal they missed.

"I was pretty shocked to see that I was being charged $75 for herb-crusted walleye and a service and tax charge," Baker told WCCO.

The invoice suggests that Baker did not let the bride and groom know that she and her husband couldn't make it at the last minute.

A typed note on the bill reads, "Reimbursement and explanation for no show, card, call or text would be appreciated."

Baker posted her frustration with the bill on Facebook, and an avalanche of comments and media requests soon followed.

"It's just crazy. I certainly didn't think it would get this amount of attention," she said.

Baker doesn't plan to pay the bride and groom, but she's considering alternatives to resolve the matter.

"One of the best Facebook answers that I got was from a gentleman who suggested that we write a check in that amount to a charity and then send the bride and groom the receipt."