Documentary film about Fannie Lou Hamer to be presented at ceremony 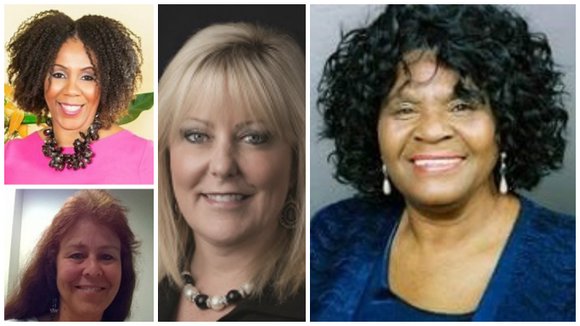 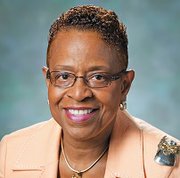 Sponsored by the Martin Luther King Jr. Committee of Anne Arundel County and co-sponsored by St. Johns College, the awards recognize women who have contributed to the advancement of civil and human rights in Anne Arundel County. This year’s honorees— Ann Davis, Lisa Ennis, Karen Slade, Mary DesChamps, Dr. Dawn Lindsay and the Reverend Dr. Diane Dixon-Proctor— join the ranks of over 100 other notable women including Sen. Barbara Mikulski, Administrative Law Judge Tracey Warren Parker and former Annapolis Mayor Ellen Moyer who have been similarly honored over the past two decades.

Fannie Lou Hamer, 1917-1977, was an American voting rights activist, civil rights leader and philanthropist. The awards that bear her name recognize women from various racial backgrounds who, while not necessarily household names, have excelled in their chosen field while working diligently to improve civil and human rights in the region.

“Mrs. Hamer was a feminist and a civil rights heroine,” said Carl Snowden, chair of the Dr. Martin Luther King Jr. Committee. “Each year, on the eve of her birthday, Marylanders pause to honor this Mississippian, a sharecropper, who shared a passion for economic and social justice.”

A committee of community residents chooses six outstanding women each year from a list of nominees who live and/or or work in Anne Arundel County. Anne Arundel is the only jurisdiction in the State of Maryland to celebrate Hamer’s memory with awards of this nature.

“We are living right now in a world that is fighting for change on many levels, from social unrest in out cities, to expansive international crises,” said Sen. Mikulski, a 2009 Hamer honoree. “And while the news may seem grim, there is inspiration every day around the world as people come together to bring about peaceful change.”

The awards ceremony will include musical performances by Antonette Maddox and Randi Roberts as well as the Annapolis debut of “This Little Light of Mine: Fannie Lou Hamer’s Legacy,” a documentary film on Hamer’s life by journalist Robin Hamilton.

Fannie Lou Hamer was instrumental in organizing the Mississippi Freedom Summer for the Student Nonviolent Coordinating Committee (SNCC), and later became the vice-chair of the Mississippi Freedom Democratic Party. Her plain spoken manner and fervent belief in the Biblical righteousness of her cause gained her a reputation as an electrifying speaker. She ran for Congress in 1964 and 1965, and was seated as a member of Mississippi's official delegation to the Democratic National Convention of 1968, where she was an outspoken critic of the Vietnam War.

Hamer died at the age of 57. Her tombstone is engraved with one of her famous quotes, "I am sick and tired of being sick and tired."