It's time to get your flu shot 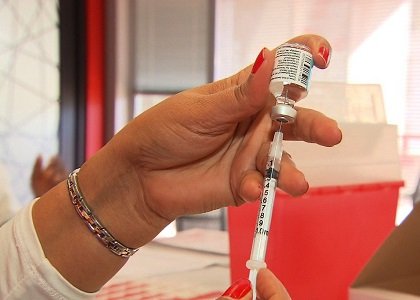 (CNN) — Now is the time to get your flu shot -- and this vaccine is expected to be more effective than last season's.

Flu season is that time of year when more of your co-workers call in sick and more of your children stay home from school; it starts in October and typically runs through May.

The Centers for Disease Control and Prevention doesn't generally start to keep a running count of the new season's cases until the end of the month, but doctors advise getting the shot now because it takes about two weeks for the body to build up immunity against the virus.

And yes, you do need a flu shot every year, as every season's flu virus is a little different.

While the flu and the aches, pains, fever, chills and coughing that come with it can be manageable for some, it can also be deadly.

Last flu season, 146 children lost their lives to the illness. On average, 20,000 children annually are hospitalized with the flu. Adult deaths are not tracked, but studies estimate there are anywhere between 3,000 to 49,000 people who die from the flu in any given season. The flu can be particularly difficult for the elderly to handle, and it can pose a real challenge to adults who have underlying chronic health conditions such as asthma.

Last year was a pretty bad flu season because the H3N2 strain was the predominant strain, according to Dr. William Schaffner, a professor of preventive medicine who works at Vanderbilt University's Department of Medicine.

"Our crystal balls are a little cloudy at this point this year, but the H3N2 virus should be the dominant strain this year, "Schaffner said. "While it tends to produce more influenza symptoms, and that's the bad news, the good news is now the vaccine has been modified and it does include H3N2 strain, so it ought to be more on target with the dominant strain of the virus this year."

Last year, when the virus mutated, the vaccine was only about 19% effective. But even some protection is better than no protection, Schaffner said.

This season's vaccine also includes influenza B components. It was those two strains that most often made people sick last year, even those who had been vaccinated.

If you do happen to get the flu, go to the doctor immediately and ask for an antiviral medicine such as Tamiflu. The drug can reduce the number of days you're sick and can ease your symptoms. Last year, CDC officials found many doctors do not prescribe the drug, so you may have to ask for it.

"Don't wait," Schaffner said. "Some rather elegant studies have shown it is more effective the earlier you take them and you become less infectious to others."