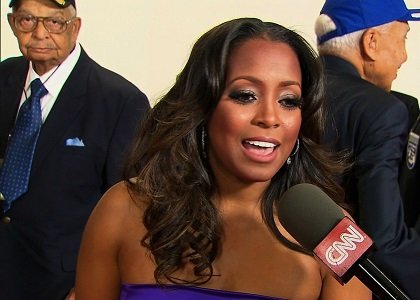 (CNN) — As more allegations are made against Bill Cosby, his former co-star says the scandal doesn't negate the importance of his iconic television show.

Keshia Knight Pulliam told The Grio that "The Cosby Show" had a profound effect on fans.

"You can't take back the impact that it's had on generations of kids, and it's continuing to have such a positive impact on them," the actress said. "So I feel like the place that it has in people's hearts is such a nostalgic part of childhood and beyond, it's going to be difficult to take back those memories."

Cosby has been accused of sexual misconduct spanning decades by more than 40 women. The star has never been criminally charged and has vehemently denied wrongdoing.

Pulliam is best known for her role as the youngest Huxtable child, Rudy, on the 1984-92 "Cosby Show." Her latest project is a romantic comedy called "Will to Love."

The 36-year-old actress reiterated her recent remarks that the Cosby who played her father on the beloved series is not the man who now stands at the center of a major controversy, which has included three universities stripping him of honorary degrees.

"My comment doesn't really change, because, still, regardless of how many ... that's just not the man I know," she told The Grio. "That's not who I experienced. I never had that interaction with him, so I can't speak to it."

On Friday, NBC's "Dateline" will air a joint interview with 27 of Cosby's accusers.