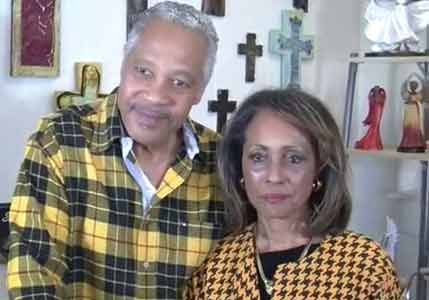 Euvon Jones had always been used to working hard, overseeing his successful business for hours each day before heading to the gym to keep his muscles toned and his abs ripped. At 59, Jones bragged to his children and those much younger than he about his strength.

That is until the Accokeek, Maryland resident received the life-changing and horrific diagnosis of stage four prostate cancer.

“I was floored,” Jones said. “As a man you start to watch that clock wind down.” 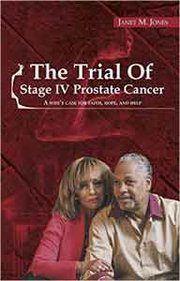 With the diagnosis, Jones, who’s now 63, became like so many other African-American men whom percentages reveal are more than twice as likely to die from prostate cancer than whites.

In 2012, the most recent year that numbers are available from the Centers for Disease Control and Prevention, 177,489 men in the United States were diagnosed with prostate cancer and 27,244 of them died. More than half were black.

With the help of his wife, Janet, Jones began seeking answers and a treatment that might prolong his life. They met Dr. Nancy Dawson at MedStar Georgetown University Hospital in Washington who told Jones that his own blood maybe the solution.

Jones underwent immunotherapy, a procedure that used immune cells from his blood to fight the cancer.

“Dr. Dawson was so professional and she didn’t pull any punches and walked me through different options, including immunotherapy and she put me on the medication called Provenge,” Jones said.

Dawson says one of the most exciting developments in recent years is the advent of the immunotherapy vaccine Provenge, which prolongs survival for men with advanced cancer.

Medical officials said the first in a new class of therapies that could change the way prostate cancer is treated; the drug retrains a man’s white blood cells to recognize and destroy prostate cancer cells. MedStar Georgetown through the Lombardi Comprehensive Cancer Center participated in the clinical trials that led to Provenge’s FDA approval in its current use as a frontline therapy.

After an initial PSA level of 398, Jones’ levels are less than one or undetectable and nonexistent, according to Dawson.

“He’s doing well, but he still has to take his medicine,” Dawson said.

She said there are several risk factors for men who are susceptible to prostate cancer and the primary risk factor is simply being African-American.

“Having a brother or father or a very close male relative with prostate cancer is a risk factor and another risk factor is being African-American,” she said. “Outside of that, we don’t have a lot of things that we can say causes it.”

What Dawson knows is that a regular exercise program, maintaining an appropriate body weight and getting screened are important steps. It’s also imperative that blacks begin screening as early as 40 years old, she said.

“Prostate cancer doesn’t give you symptoms when it’s confined to the prostate. By the time prostate cancer gets big enough to push on your urinary system, it’s already advanced so you don’t want to wait to get screened,” she said.

For Jones, he’s now changed his diet and he and his wife are trying to help others.

Janet Jones has authored the book, “The Trial of Stage IV Prostate Cancer: A Wife’s Case for Faith, Hope and Help.”

“She researched it and started to write about it,” Euvon Jones said. “The book helps people to understand how to live healthy and it also provides recipes. It has been a doorway to talk to different men because we are able to do seminars and talk about it and encourage others.”

Dawson says she is a big promoter of new therapies for prostate cancer and some of the new things MedStar has done over the past several years including drug trials.

“We have a lot of tricks in our bags and [Jones] is on trick number three,” she said, as she expressed admiration for her patient’s strength. Despite the success with Jones, Dawson said a healthy, low or no fat diet is important— “heart healthy is prostate healthy,” she said.