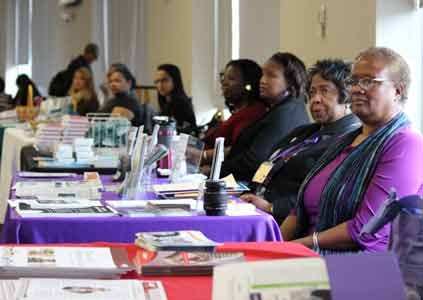 The Alzheimer’s Association Greater Maryland Chapter will host the 11th Annual Pythias A. and Virginia I. Jones African-American Community Forum on Memory Loss, Saturday, November 7, 2015 from 8:30 a.m. to 3:30 p.m., at Coppin State University located at 2500 W. North Avenue in Baltimore.

Over 400 family caregivers, health professionals, business leaders and policymakers are expected to attend the event, which is named in honor of the parents of State Senator Verna L. Jones-Rodwell, Ernestine Jones Jolivet, Alvin A. Jones, Pythias D. Jones, MD and the late Gilda Jones-Garrett, who were affected by dementia.

Additionally, blood pressure and diabetes, which are more prevalent in African-American and Hispanic people, may increase one’s risk for Alzheimer’s disease and other dementia.

“Although the rate of Alzheimer’s in African-Americans is higher than in white people, they are less likely to have a diagnosis,” said Cass Naugle, executive director of the Alzheimer’s Association Greater Maryland Chapter. “This Forum is an opportunity to speak directly to the African-American community about the disease, the risk factors, how to plan and what services are available.”

Lisa Barnes, Ph.D. (Rush University Medical Center) will open the Forum with the plenary talk on the risk factors for dementia in older African-Americans. Morning and afternoon breakout sessions will cover legal and financial planning, medication management, causes of dementia and how to diagnose them, healthy habits and managing caregiver stress.