If meat causes cancer, what can we eat? 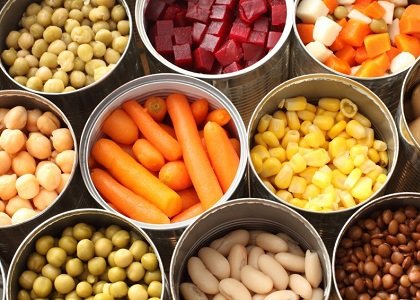 The Mediterranean diet -- one heavy on veggies, nuts and fruit, with limits on meat and dairy -- is the way to go. Study after study has shown it is the key to help you live longer and puts you at a lower risk for cancer and cardiovascular diseases. (Photo: iStock/Turner)

You may have just learned that processed meat such as bacon, sausage and ham may cause cancer and unprocessed meat may be "probably carcinogenic to humans," according to a new World Health Organization report. Or that cheese and sugar can be as addictive as a drug. Or that even veggie hot dogs may not be completely meat-free (or even human tissue-free), we recently learned.

How bad for you are processed meats?

A new report by the World Health Organization says that eating processed meats increases the likelihood of contracting bowel cancer.

So what in the world is there left to eat so you can stay healthy?

Doctors say it's easy: Eat more like a Greek. Yes, your parents were right to push you to finish your veggies. The Mediterranean diet -- one heavy on veggies, nuts and fruit, with limits on meat and dairy -- is the way to go. Study after study has shown it is the key to help you live longer and puts you at a lower risk for cancer and cardiovascular diseases. It even keeps your brain younger and healthier. And while you will feel better and potentially live longer on a diet that favors veggies and fruits, it will also help you maintain a healthy weight and a thinner waist line, which is good for your overall health, self-esteem and mental well-being too.

Our heads know this to be true even if in our hearts (or stomach?) prefer things bacon-flavored. And we may be seeing this as more Americans cut calories and avoid the fast food and sugary sodas. (Though the developing world is starting to adopt our bad eating habits). But too few Americans are on a first-name basis with edible plants, studies show.

American children ate 63 calories of produce a day in 2012, which is up from 47 calories in 2003. There is a similar uptick among adults, but that's not enough when you consider the USDA recommends three to five servings of veggies a day and two to four servings of fruit a day.

So, for your health's sake, here's what you can do to follow this plant-oriented Mediterranean diet. It's pretty simple and it offers a wide variety too, so you won't be bored with what's on your plate.

Make your meals heavy on the vegetable, bean and cereal side. You can eat fish and poultry at least twice a week. Snack on nuts and fruit. You don't have to do anything so extreme as avoiding carbs. You can have three servings of those a day, especially if they are of the whole-grain variety. If you drink, enjoy a glass of wine with your dinner. The red variety is supposed to be particularly good for your heart health. Cook with olive oil as opposed to butter. And limit the amount of saturated fat, meat and dairy.

If you can't give up your bacon or burger habit, be reassured one bite will not kill you In fact, the National Cattleman's Beef Association says the scientific evidence does not support a causal relationship between red meat or processed meat and cancer. But the International Agency for Research on Cancer that did the report says that based on the research it used for its study, an estimated 50-gram portion of processed meat you eat increases the risk of colorectal cancer by 18%. That 50 grams is about two or three slices of bacon. And of course just because something raises the risk of cancer doesn't mean you will get it.

So bottom line, if you must eat meat, make it a special treat rather than a staple.