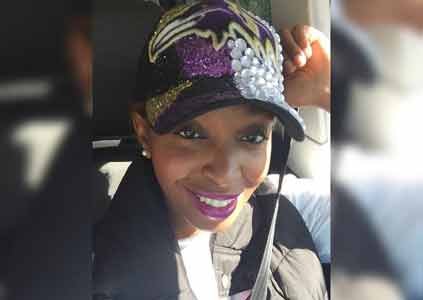 Kiesha Harris was diagnosed with breast cancer at age 34. After completing chemotherapy and radiation treatment at Saint Agnes Hospital, Harris started the non-profit “New Pink Inc.” an organization committed to helping recently-diagnosed young women get through treatment by pairing them up with a ‘pink sister’ breast cancer survivor. (Courtesy photo)

The pain nagged at Kiesha Harris. Then, the lump in her armpit swelled more. At 34, the Baltimore born Harris seemed to know something that her doctors dismissed as nothing to worry about. Harris had breast cancer. 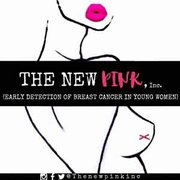 Because she was young— doctors typically believe breast cancer symptoms don’t develop until years later— and had no family history of the disease, it was assumed that the lump would prove nothing more than uncomfortable aggravation.

“I was shocked when I was finally told it was cancer,” Harris said. “I just wanted to know what steps were needed and of course I wanted to know about chemotherapy and radiation.”

Harris joined the 12 percent of women in the United States who develop breast cancer over the course of their lifetime, according to the Centers for Disease Control and Prevention.

Also, while white women are slightly more likely to develop breast cancer than African-American women, those diagnosed under the age of 45 are typically black women.

“Two years prior to getting a second opinion, I’d tell my doctors about the lump under my arm and they’d say because of my age and no direct family history I shouldn’t worry,” Harris said. “It got bigger and I knew something wasn’t right and when they finally diagnosed me I was fortunate because it was still fairly early in that I was at Stage 2 A.”

In January, Harris completed her chemotherapy treatments and three months later, she underwent the last of radiation treatment. Now, she is focused on helping others.

“My mother asked me what was I going to do now and I told her I needed some time to process everything, but that I knew I wanted to help others,” Harris said. “You’d be amazed at how many young women have the same story that I have and this is clearly an issue. So, if we can have some sort of support to make sure young women get treatment and get the assistance they need, that’s what I want to do.”

Harris has put her words into action, starting a new nonprofit with a goal of assisting cancer patients.

“I started the New Pink Inc., an organization committed to helping recently-diagnosed young women get through treatment by pairing them up with a ‘pink sister’ breast cancer survivor,” Harris said. “At the end of this month, the organization will be hosting its first black tie gala event at Morgan State University and we’ll have music, hors d'oeuvres, a silent auction and lots of fun.”

The event is scheduled for Friday, October 30, 2015 from 8 p.m. to midnight in the James E. Lewis Museum of Art at Morgan State University located at 2201 Argonne Drive in Baltimore.

“I have two younger sisters and I get choked up when I think of them,” Harris said. “The support system makes a world of a difference and that’s what I want my organization to be, a support for those who may not have someone. I can’t imagine not having anyone there for chemo or radiation or any appointments. My mom and uncle never left my side and through the New Pink Inc., we want people to know we’ll be there for them.”